Srinagar:-Scores of Anganwadi workers and helpers from various districts staged a protest at Partap Park in Srinagar and threatened to lock down the centres if the government fails to meet their demands.

“But today, the government has backtracked from their promises saying that they will look into our issues,” the protesting workers said. “We have called to lock down all Anganwadi centres as the government is not serious about enhancing our salaries despite our tireless work,” said an anguish protestor.

The protesting workers alleged that they get the least share from state government apart from central funds as compared to Anganwadi workers of states like Gujarat and New Delhi.

Meanwhile, the Central Contractors Coordination Committee (JKCCCC) continued to protest on Saturday, JKCCCC is on boycott since February 27, against pending of Rs 750 Crore from the government.

The spokesman quoted the JKCCCC General Secretary Farooq Ahmed Dar saying that “they would not budge until their pending dues are not released.”

Dar threatened to launch a 24-hour hunger strike from Feb 10 if the government continues to fail to clear the bills.

“The hunger strike call has been given to press for the release of pending bills worth Rs 750 crore,” Dar added.

While flaying the state government from backtracking from its promises, Dar said that they will hoist black flags on all developmental works but he hastened to add “it is not the last thing we can do to mark our protest.” 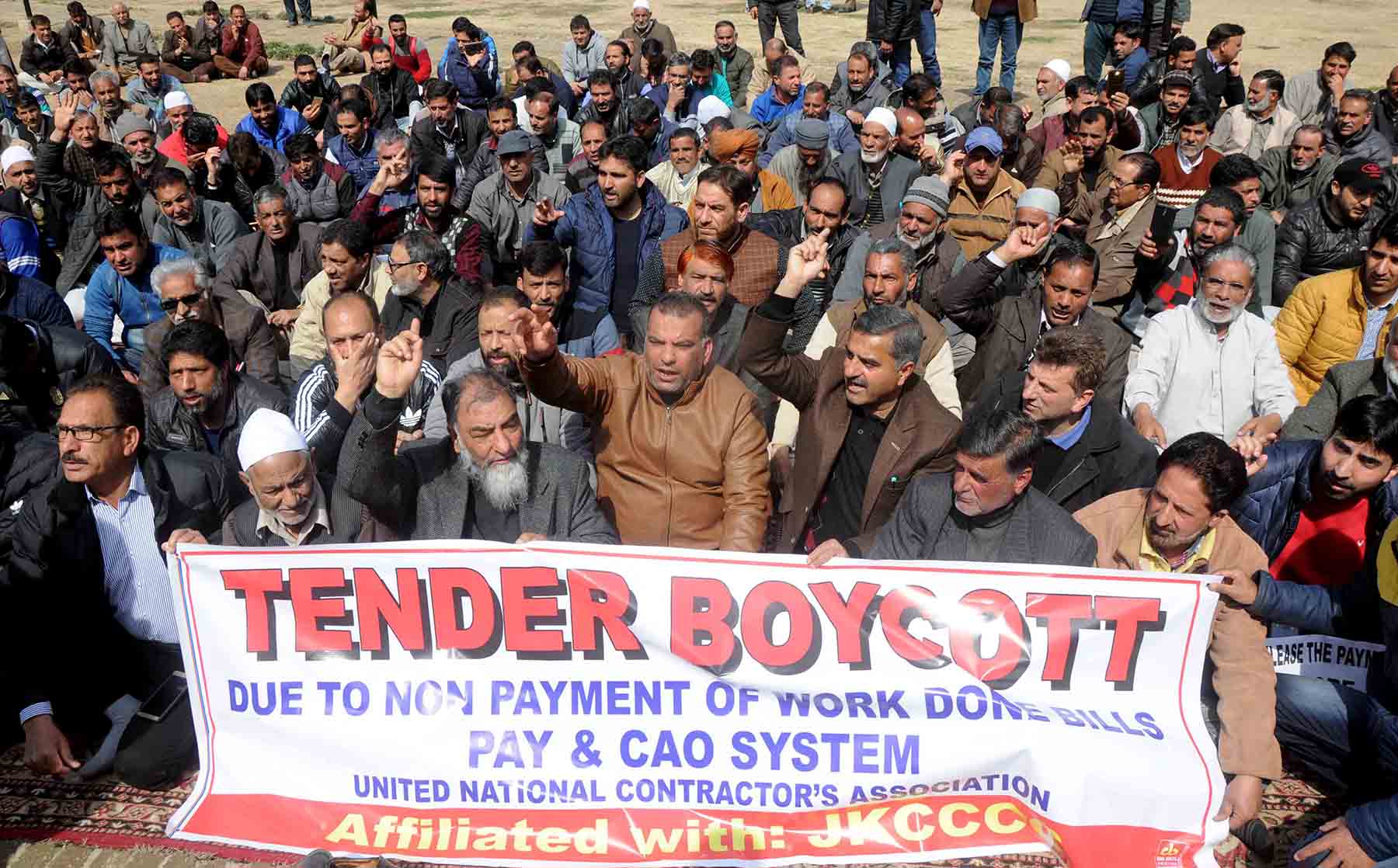 “We don’t believe in boycott politics, but we have no other option left. We are registering our protest to make our voice sound to officials,” General Secretary JKCCCC, Farooq Ahmad Dar said, added that they will not end boycott till Chief Minister or government, will not give written assurance. Castigating government Dar said that it is doing nothing to solve the problems faced by the contractor community.

“We are on boycott of construction works and tenders, but the government still has not waked up,” Dar said.

The contractors said that they do not want sympathy from the government through words, but it should act practically.