There is no synergy and cohesion among different wings of the UT administration even for the preservation of the environment in Kashmir. Such a path of confrontation is spoiling the environment and also endangering water bodies like Wular Lake.

Recently media reported that officials of Wular Conservation and Management Authority (WUCMA) alleged they were assaulted by employees of Municipal Council Sopore after they tried to stop Municipal officials from dumping waste on the banks of Wular Lake.

The officials of Wular conservation even sought police intervention and lodged an FIR against Municipal Council officials of Sopore. They alleged that the MC Sopore employees were destroying the “evidence” of dumping waste on the banks of Wular ahead of a likely visit by the Chief Justice of J&K High Court to the garbage dumping sites.

In this clash allegations and counter allegations show that official machinery on the ground is acting against the interests of common people. In the police complaint WUCMA have claimed that they came under assault carried out by officials of Municipal Council Sopore who were present at Ningli-Tarzoo and were dumping waste there.”

In the police complaint WUCMA have claimed that Municipal Council Sopore were erecting tin wall fencing and pitching soil on waste within boundaries of Wular to destroy evidence of dumping waste on the banks of the water body.

It appears from the police complaint lodged WUCMA that all the activities of MC Sopore were against the High Court directions and against the green tribunal. 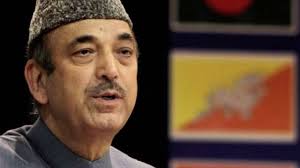