ISLAMABAD:At least three persons, said to be agents of the Research and Analysis Wing, have been arrested in Pakistan-administered Kashmir.

Mohammad Khalil, Imtiaz and Rashid, all from Taroti village in Abbaspur, were in the custody of police in Rawalakot, the headquarters of Poonch division, Dawn online reported.

According to Poonch Deputy Superintendent of Police (DSP) Sajid Imran, Khalil is the “main suspect.” He said the three were involved in anti-state activities, including the bombing of a police station, in Pakistan-administered Kashmir.

Khalil, according to the police, had reportedly visited Indian Kashmir in November 2014 to see his relatives in Bandi Chechian village. There he came in contact with RAW which “lured him to work for them.”

Khalil had an intra-Kashmir travel permit.

Later, he is said to have recruited Imtiaz and Rashid to work with him “for handsome returns”.

During preliminary investigations, according to the police, Khalil told investigators that he had crossed the Line of Control (LoC) about 14 or 15 times from different parts in Abbaspur sector.

Imtiaz and Rashid had also “confessed to crossing the LoC five to six times,” the paper said.

“Khalil would take with him cigarettes and [mobile phone] memory cards, carrying pictures of bridges, mosques controlled by the Deobandi school of thought, and army and police installations,” Imran said.

According to him, he had given two active SIM cards registered in his name to Indian officials.

The DSP said the arrested persons had planted an IED (Improvised Explosive Device) outside a police station in Abbaspur on September 27 last year.

“We tracked their movements and phone calls with the help of intelligence agencies and finally arrested them two days ago (Tuesday),” he said.

They have been booked under the Anti-Terrorism Act (ATA) and Explosives Act.

The development follows the death sentence given to alleged Indian spy Kulbhushan Jadhav on April 10. Jadhav has been charged with espionage and waging war against Pakistan. India says Pakistan had abducted Jadhav from Iran. 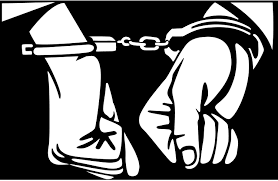 No question of formation of any advisory council or similar arrangement in J&K: BJP