ODESSA: Ukraine clai­med on Thursday to have hit Russia’s flagship in the Black Sea with missiles, igniting a fire that Moscow said “seriously damaged” the warship as it accused Kyiv of helicopter strikes elsewhere over its territory.

Even as Ukraine pushed to restart civilian evacuations ahead of a feared major offensive in the east, Russia claimed its own citizens were being targeted, accusing Ukraine of injuring civilians in helicopter strikes on residential buildings in its western Bryansk region.

Kyiv forcefully denied the accusation, saying Russia was staging “terror attacks” on its own soil to spur “anti-Ukrainian hysteria”.

The guided missile cruiser Moskva, previously deployed in the Syria conflict, has been leading Moscow’s naval effort to pummel Ukraine’s southern coasts and interior in the nearly seven-week conflict that has sparked accusations of genocide by US President Joe Biden.

Russian state media made no mention of any missile strike when quoting the defence ministry as saying ammunition detonated on the Moskva after a fire broke out and “the ship was seriously damaged”. It said the crew had evacuated. Two officials in Odessa — a critical port for Ukraine both for commerce and defence — confirmed that Ukrainian forces had struck the ship.

Russia’s defence ministry said the fire had been extinguished and the vessel “remains afloat” with its “main missile armaments” unharmed.

Meanwhile in Ukraine’s east and south, civilian evacuations had been set to resume on Thursday, Deputy Prime Minister Iryna Vereshchuk said, after a day-long pause that Kyiv blamed on Russian shelling.

More than 4.7 million Ukrainians have fled their country in the 50 days since Russia invaded, the United Nations said. In the previous day alone almost 80,000 people left the country, it said.

Following its pullout from northern Ukraine earlier this month after failing to take the capital, Russia is refocusing on the east, with Kyiv warning of bloody new clashes to come in the Donbas region.

Seizing the Donbas, where Russian-backed separatists control the Donetsk and Lugansk regions, would allow Russia to create a solid southern corridor, including the contested port city of Mariupol, to occupied Crimea.

The Pentagon — which had previously refused to send heavy equipment to Kyiv for fear of escalating the conflict with nuclear-armed Russia — said the choice of weapons would “give them a little more range and distance.”

Moscow’s Black Sea fleet, led by the Moskva, has been blockading the besieged city of Mariupol, where the Russian defence ministry said its troops had full control of the port.

It announced more than 1,000 Ukrainian soldiers in Mariupol had surrendered, a claim yet to be confirmed by Ukraine.

Meanwhile, 30 Ukrainian prisoners of war were being returned by Russia as part of the most recent captive exchange. They included 17 soldiers, five officers, and eight civilians, Vereshchuk said.

In what appeared to be the first time Moscow had officially accused Ukrainian forces of flying helicopters into Russia to carry out an attack, officials said at least six air strikes hit residential buildings in its Bryansk region on Thursday, injuring seven people including a toddler.

In a statement, Russia’s military cited unspecified “attempts to carry out sabotage” by Ukrainian troops.

But those in eastern Ukraine say they have “no rest” from bombardments, especially in Severodonetsk, the last easterly city still held by Ukrainian forces. The nearly empty city just kilometres from the frontline has already buried 400 civilians since the war began, according to Lugansk regional governor Sergiy Gaiday. “There’s no electricity, no water,” Maria, who lives with her husband and mother-in-law, said. 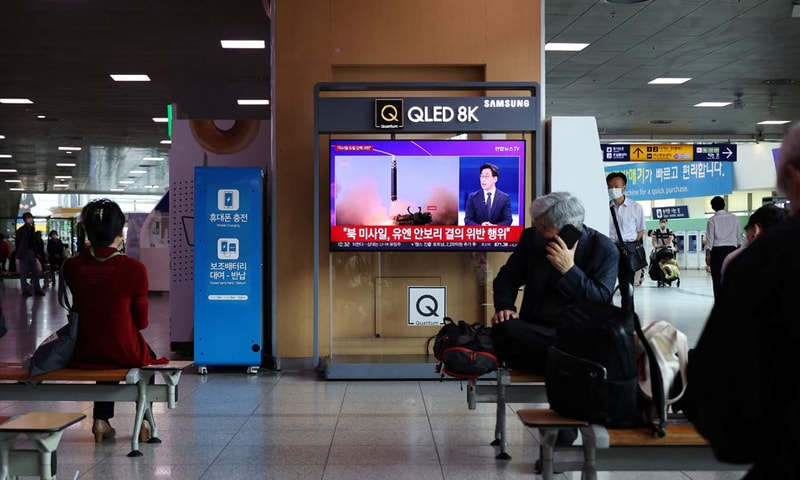