Apple crop is largely damaged and there are no takers of in this harvesting season of autumn. “Now we are selling to the vendors of srinagar at the rate of Rs 150/box. This box used to fetch us at least Rs 1500 in friut mandi” said Riyaz Ahmad Malik of wato village to this reporter.
Maqsood Ahmad Wagay of Asnoor village is dejected person. He has no other means of income has an ailing son whom he has to take srinagar SKIMS for treatment. 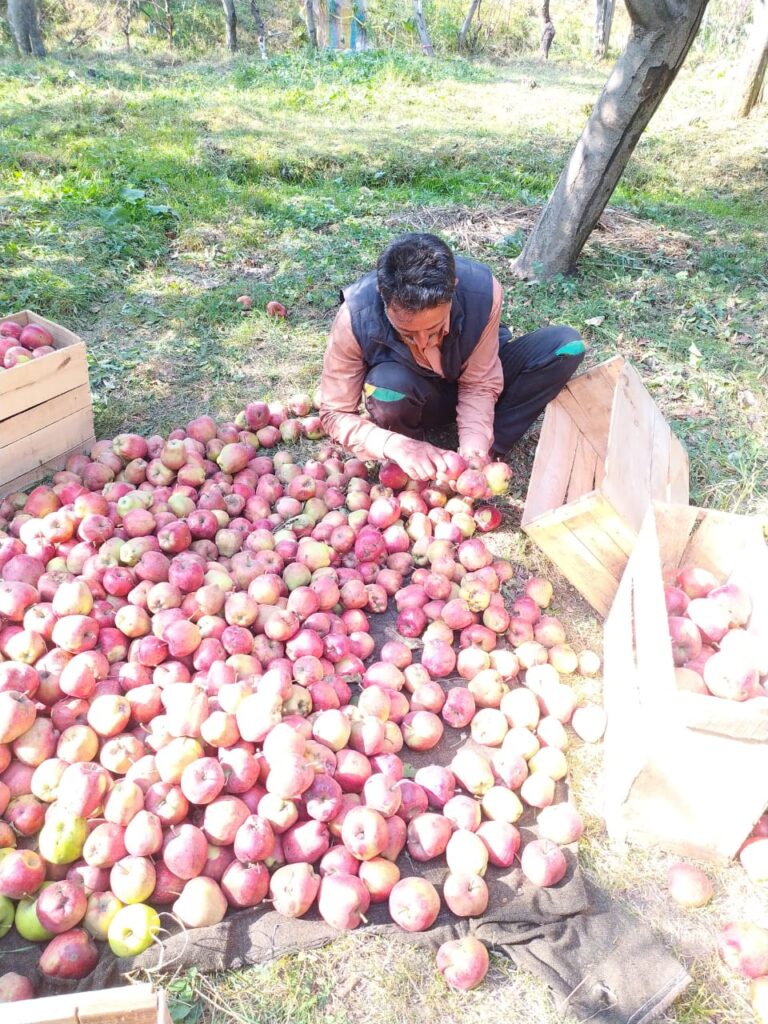 Maqsood Ahmad Wagay has now no means of survival with no takers of his apple crop. He is one of apple farmer of Asnoor village of noorabad Kulgam as this belt including many villages have a very low yield of apple due hailstorms and fake pasticides.
Pic by Javeed Malik

He is waiting for government intervention as Horticulture department promised apple farmers in Noorabad Kulgam that they would be compensated.
It is in place to mention that all the hilly areas of Shopain and Kulgam have been witnessing weather vagaries including early snowfall damaging fruit and trees, followed by frequent hailstorms.
Most of the apple farmers in these areas have complain that during the lockdown they were supplied fake pesticides resulting in further damage to their apple crop. 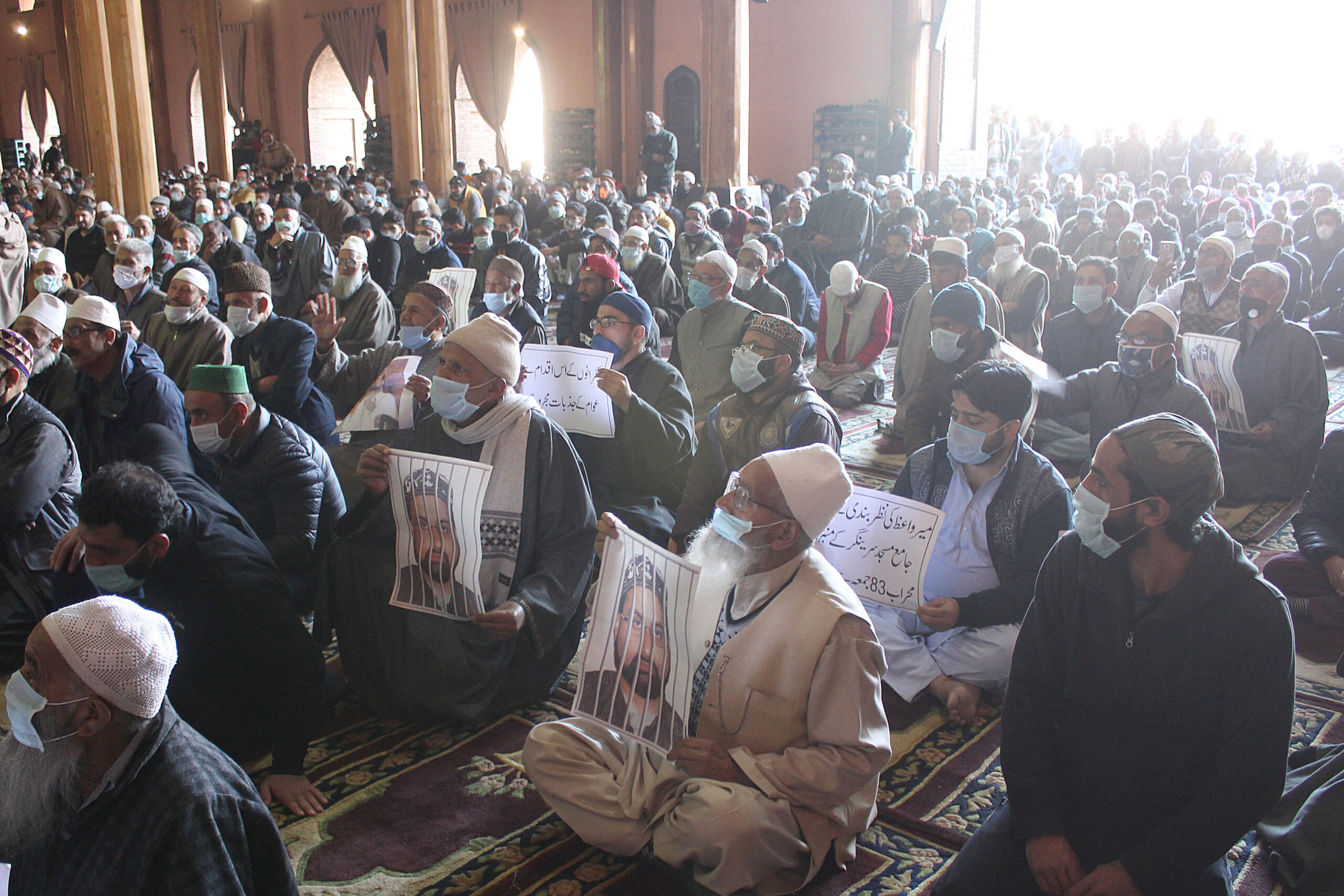