As India looks to resume commercial international passenger flights in a phased manner from next month, several other countries have already opened their airspace for international flights as the aviation industry tries to get back on its feet and passengers adjust to flying in a post-Covid world.

American carriers like United Airlines are getting their aircraft back to the skies while Delta Airlines operated its first passenger flight between the US and China on June 25.

While Delta has said it will continue to cap flights at around 60 per cent capacity till September, other airlines have decided to sell every seat while requiring passengers and crew members to wear masks on board.

Calling it the “worst year” in the history of aviation, global airlines body IATA said earlier this month that airlines across the world were expected to lose $84.3 billion in 2020 due to the pandemic.

“In 2021, losses are expected to be cut to $15.8 billion as revenues rise to $598 billion,” said the IATA, which has around 300 airlines as its members that handle around 82 per cent of the total global air traffic.

United Airlines is set to resume services between San Francisco and Shanghai from July 8 and plans to add about 25,000 flights in August. According to Fox News, United will be operating twice-weekly flights between San Francisco and Shanghai via Seoul’s Incheon International Airport. United’s August schedule will include a return to Tahiti and additional flights to Hawaii, the Caribbean and Mexico.

Delta Air Lines was the first to fly between the US and mainland China after planes were grounded due to the Covid-19 pandemic. Delta restarted its route between Seattle and Shanghai on June 25. However, Delta said flights from New York to Lisbon in Portugal and Athens in Greece, which were scheduled for July, would now resume in August. It’s also delaying Atlanta to Lagos, Nigeria and JFK to Accra, Ghana. Dubai’s Emirates has already resumed flights to London, Frankfurt, Paris, Milan, Madrid, Chicago, Toronto, Sydney and Melbourne. From July, Emirates has kicked off operations to Cairo and Tunis (July 1) while flights to Glasgow and Male will start from July 15 and 16. Emirates has also resumed passengers’ flights to and from Pakistan from July 1 after temporary suspension of eight days. Meanwhile, tourists and visitors will be able to return to Dubai from July 7.

Lufthansa restarted flights to mainland China this week — its first regular scheduled flights since the pandemic. Besides resuming operations once a week between Frankfurt and Shanghai, it has also started thrice-weekly service between Frankfurt and Boston and Los Angeles from Thursday. Frequencies on those routes will increase to five times weekly in August and to daily flights in September. By the end of October, the Lufthansa Group is hoping to have 90 per cent of all short and medium-haul flights and 70 per cent of all long-haul flights operational. Its sister carrier, Austrian Airlines resumed three-times weekly service from Vienna to Washington, Chicago and Newark on July 1. 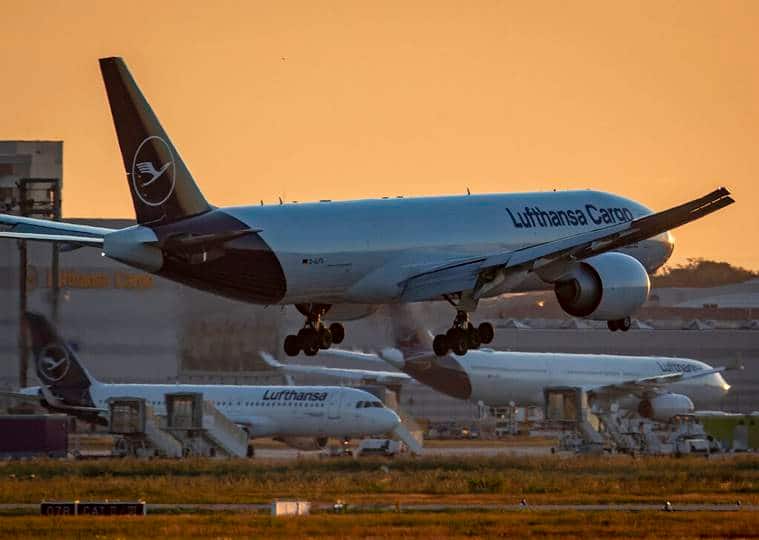 In the Middle East, Qatar announced a resumption of service to 11 destinations beginning Wednesday, including Boston, Los Angeles and Washington. On July 4, the airline will also begin flying to Toronto for the first time with thrice-weekly service. “The airline expects its number of flights to almost double in July with close to 3,500 flights scheduled, compared to just under 2,100 in June,” Qatar Airways said in a press release.

British Airways is set to be among one of the first non-local airlines to fly passengers to Dubai and is also set to resume operations from Gatwick to four Caribbean destinations from July 17. At present, the carrier is taking bookings to Bermuda (July 17), Barbados (July 18), Kingston, Jamaica (July 20) and St Lucia (July 25). Passengers coming out of the airport after domestic flights were resumed amid locked down at Chandigarh International Airport in Mohali.

Abu Dhabi-based Etihad Airways will operate flights to 15 additional cities starting July 16 and plans to take the total number of destinations to over 40 by the second half of next month. The new destinations that have been added beginning July 16 are Male, Istanbul, Manchester, Dusseldorf, Munich, Belgrade, Amman and Cairo. It is compulsory to wear a mask while at the airport as well as throughout the journey. Moreover, Etihad has mentioned on its website that residents who are returning to the country will be required to undertake PCR and thermal testing when they arrive in Abu Dhabi and will be required to self-isolate for 14 days too.