Handwara :Peoples’ Conference Chairman Sajad Gani Lone on Tuesday said that the twin regional parties of the NC-PDP alliance had played a devious, negative role in disempowering the people of the State by sidelining grassroots democratic institutions and centralizing power within two dynastic cores which have drowned the State in misgovernance, nepotism and corruption. Addressing a massive Workers’ Convention at Handwara, the PC Chairman sought effective, drastic reformative measures from the Governor’s administration and the Central Government to empower Panchayat and Urban Body elected representatives in the State. Dozens of elected Panchs and Sarpanchs from the region participated in the convention.
The PC Chairman also reiterated the party’s commitment to issue a white paper on the erosion of the State’s special autonomous status and said the white paper would list, with details, the complicity of the National Conference and the PDP founders in the erosion of Article 370. “We will also come out with a white paper on massive loot, plunder and corruption in the State pioneered by the twin dynasties who have amassed thousands of crores in unearned wealth by robbing the State of funds and through kickbacks at the cost of effective development in Jammu and Kashmir”, the PC Chairman added.
“Both NC and PDP are parties based around two corrupt dynastic nuclei. They are two similar parts of a political cartel which collectively strives for nepotism, theft and plunder of the State’s resources so that the two families can amass wealth for their coming generations. It is time for the political leaders to wonder if surrendering their dignity at the service of these two corrupt dynasties is worth it. Omar Abdullah and Mehbooba Mufti were both born with silver spoons in their mouths and have left no stone unturned to further plunder the State and deprive its young of opportunities to dream of a bright future. Their alliance is an inglorious chapter of desperation that has come to fore as a befitting tribute to the destructive role played by these two dynasties in the State – of fueling alienation in Kashmir through stentorian rhetoric and slogans while shamelessly furthering their own economic interests by pretending to be nationalists in Delhi”, the PC Chairman said.
The PC Chairman said NC and PDP had left no stone unturned, during their successive tenures, to disempower and sideline elected grassroots democratic institutions. “Both twin dynasties of the NC-PDP alliance have always been paranoid about decentralization of power to the grassroots institutions. Left to the two families, they would prefer to even centralize the powers of legislators and Ministers within the four walls of their palaces on Gupkar Road. They have been petty and insecure when it comes to Panchayat and Urban Local Body representatives. Their tantrum of allegedly ‘boycotting’ the ULB and Panchayat Elections was in some measure based on this insecurity. The tantrum was primarily a blackmailing tactic where the two twin dynasties embraced each other against the emergence of Peoples’ Conference as a viable, effective and popular alternative to their political monopoly”, Sajad Gani Lone further said in Handwara.
Seeking the effective empowerment of Panchayat and Urban Local Body elected representatives, Sajad Gani Lone said the elected grassroots representatives should be given powers to improve the delivery of governance where the two dynasties have utterly failed. “The Governor’s Administration and the Central Government should ensure the elected representatives are given utmost respect and dignity and provided with facilities, reasonable honorariums and powers to bring about change at the ground level. Their safety and security should be ensured and the Administration should give them every possible opportunity to work for the benefit of the traditionally disempowered sections of our society”, the PC Chairman added. 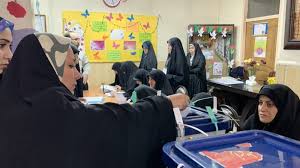 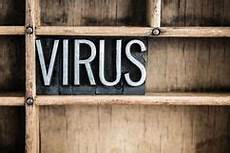