SRINAGAR,: Chief Secretary BVR Subrahmanyam reviewed the preparedness for the formal roll-out of the Ayushman Bharat-Pradhan Mantri Jan Arogya Yojana (AB-PMJAY) at a high-level meeting here today.
CEO, National Health Agency, Ayushman Bharat, Dr Indu Bhushan; Principal Secretary, Health & Medical Education, Atal Dulloo; Secretary, Information Technology, Saugat Biswas; Mission Director, National Health Mission, J&K, Bhupinder Kumar; Director Information and PR, Tariq Ahmad Zargar, besides other State Government officials and a team from National Health Agency attended the meeting.
The meeting was informed that following the national launch of AB-PMJAY by the Prime Minister last month, J&K is all set to roll-out the flagship health insurance scheme on 1 December 2018.
The scheme is aimed at providing health protection cover to poor and vulnerable families to reduce their out-of-pocket expenditure on healthcare. The scheme will provide cashless and paperless access to services for the bene?ciaries at the point of service in any empaneled hospitals (both in public and private sector) across the country.
The insurance coverage under AB-PMJAY will be Rs 5 lakh per family per annum with no cap on the family size. Every family under the Socio-Economic Caste Census (SECC) database will be entitled to claim the bene?ts under the scheme with estimated 613648 families to be covered in J&K.
The scheme covers 1350 medical packages covering surgery, medical and day care treatments including medicines and diagnostics. The meeting was informed that J&K has ?nalized the Insurance Company i.e. Bajaj Allianz General Insurance Company for implementing the scheme in the state.
The meeting was informed that the Deputy Commissioner of each district has been designated as the Chairman of the District Implementation Unit (DIU) to effectively coordinate the implementation of the scheme. Chief Medical Of?cer of the district has been designated as the Vice-Chairman of the DIU.
Chief Secretary called for launching a sustained awareness campaign about the Scheme to inform the prospective bene?ciaries about the programme, its bene?ts, the eligibility criteria and the process to avail the bene?ts.
He also called for validating existing bene?ciary list and to collect additional information like contact numbers, ration card details, Aadhar details, etc through ANMs and ASHAS.
The meeting was told that the District Grievance ‘Redressal Committee is being constituted under the chairmanship of Deputy Commissioners with Chief Medical Of?cer as Convener to handle and resolve grievances in the district. 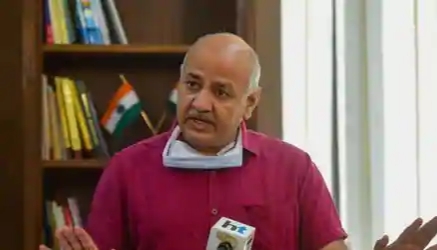