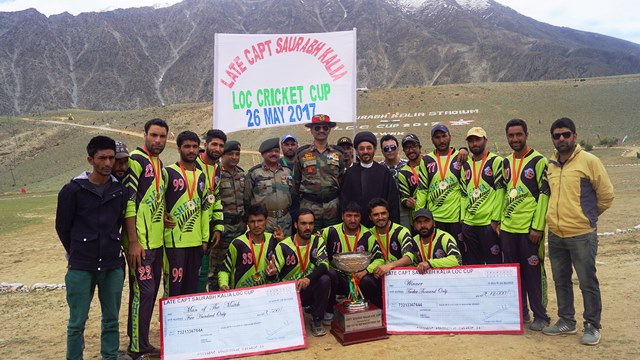 Meanwhile, GOC 8 Mountain Division Major General CP Karappa appreciated the role of the people of the village and appreciated the efforts made by local youths to run this entire tournament. Hailing the sportsmanship among the youths he also suggested having planning and full-fledged preparation during the match.

Its pertinent to mention here that Captain Saurabh Kalia was an officer of the Indian Army who was killed during the Kargil War while being held as a prisoner of war by the Pakistan Army . He along with five other soldiers of his patrolling team was captured alive and kept in captivity in Karksar village near LOC where they were tortured, then killed.

Since 2003 locals of this area organise the late captain Saurabh Kalia Memorial LOC Cricicket tournament with support of Indian Army.