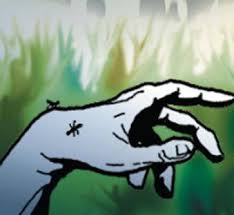 Ganderbal: Police has recovered body of a teenage girl near Gutlibagh power canal.Relatives of a teenage girl, whose body was recovered from power canal near Gutlibagh in Ganderbal alleged negligence at District Hospital. Earlier police recovered body of this girl who was resident of Drugtengo, Kangan in District Ganderbal.The girl was missing since last 20 days with the reports filed in local police station. Relatives of the slain girl alleged that not a single doctor   have attended the body which has remained under water for long time. Meanwhile, People blocked Srinagar-Leh highway in the respective area and demanded stern action against the culprits.

Five Indian states are leading economy to recovery from lockdown

Coronavirus Cases In India Rise To 1.98 Lakh As 8,171 New Infections Reported In 24 Hours