Students arrested amid clashes with police in Srinagar 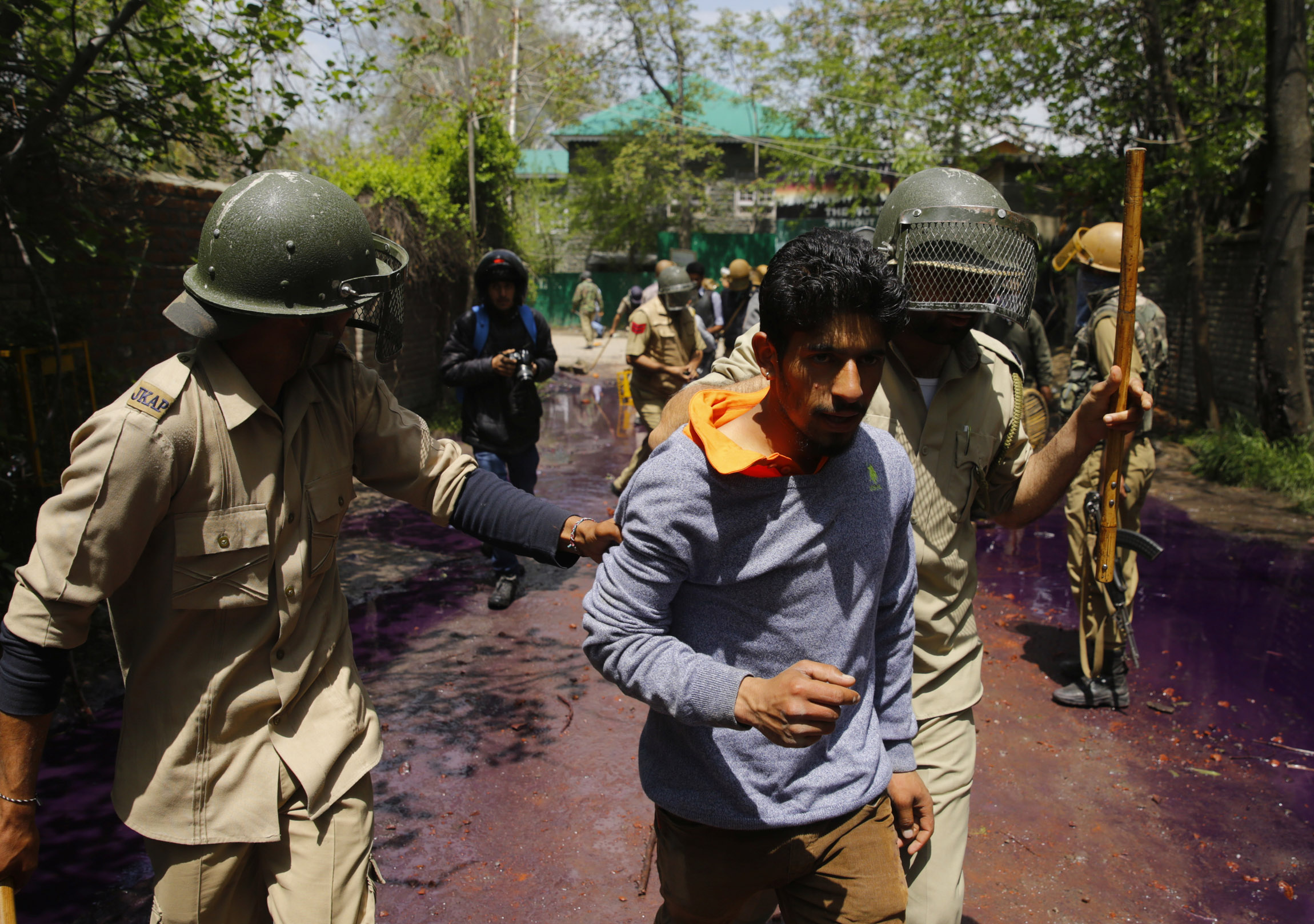 Srinagar: Six students were arrested and dozens of them were injured including some girls as on Monday clashes took place throughout the day in busy Lal Chowk forcing a shutdown in the area by police action.

Six students were detained in Srinagar clashes police said and did not give any details about the injured students in Monday clashes. Three photojournalists were also injured one of them seriously in these attacks.

The main Lal Chowk and all the markets of Regal Chowk upto Poloview were turned into battle grounds on Monday as the police used lot of force to chase away protesting students of the nearby colleges. The government had decided to reopen the colleges on Monday after a five day shutdown triggered by the clashes as the students were demanding justice and action against earlier police action on the students in which 60 students were injured at Degree College Pulwama.

The shopkeepers of the commercial hub of Lal Chowk and Regal Chowk have blamed police for using excessive force on the students and said that because of the police action hundreds of school-going children were trapped inside the famous school of Tyndale Biscoe and Mallison. Hundreds of parents were struggling to reach to this school in the heart of Lal Chowk to get back their children to the safer places as one of the tear-smoke shells landed inside the school also.

The police also resorted to firing in the air and it was not known whether they fired live ammunition or rubber bullets. The firing further added to the tension in the Srinagar city and hundreds of people were seen rushing to safer places amid the clashes between police and students.