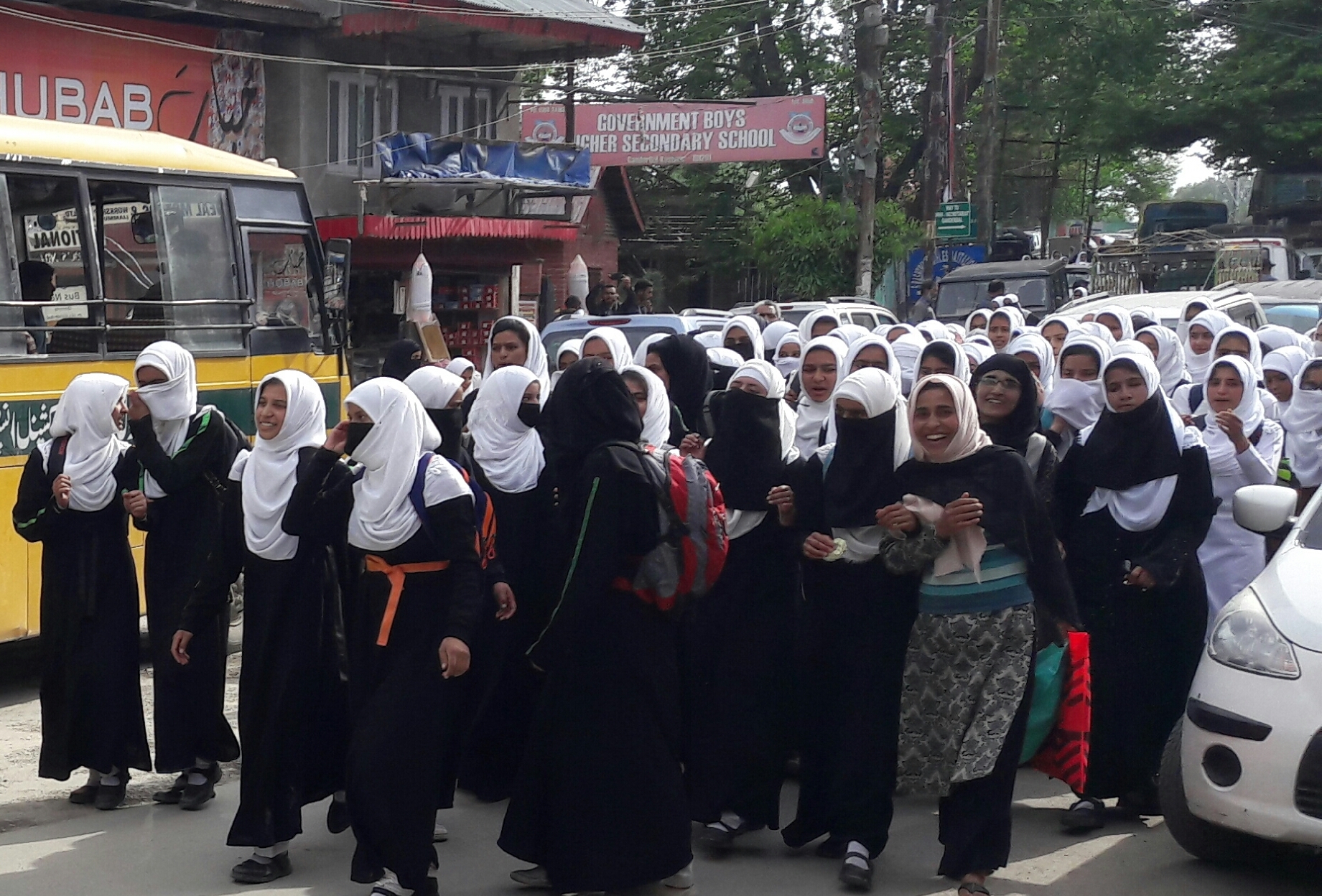 Ganderbal: Students of Government Girls Higher Secondary School Ganderbal took to the streets and protested against excess force used against students across the valley in past few days. The students were marching and shouting slogans on the main road of Ganderbal, meanwhile when the rally reached Behama Chowk some hiding miscreants hurled stones on police deployed in the area which created chaos. A shopkeeper was injured after he was hit by stone. The injured was taken to hospital for medical aid. However the situation returned back to normalcy soon after the students were dispersed.

Rupee settles 14 paise higher at 75.62 against US dollar