With rising temperatures during the day in Srinagar city, there was a lot of rush on Tuesday for both of women and elderly people to eat the watermelons in Amira Kadal areas.

The temperatures are showing the rise in this month of March and in order to beat the heat people have come to quench their thirst by having watermelons.

Many young people were seen eating the watermelons at many food points of Srinagar city on Tuesday.

These are some of the pictures taken by our photographer on Tuesday. 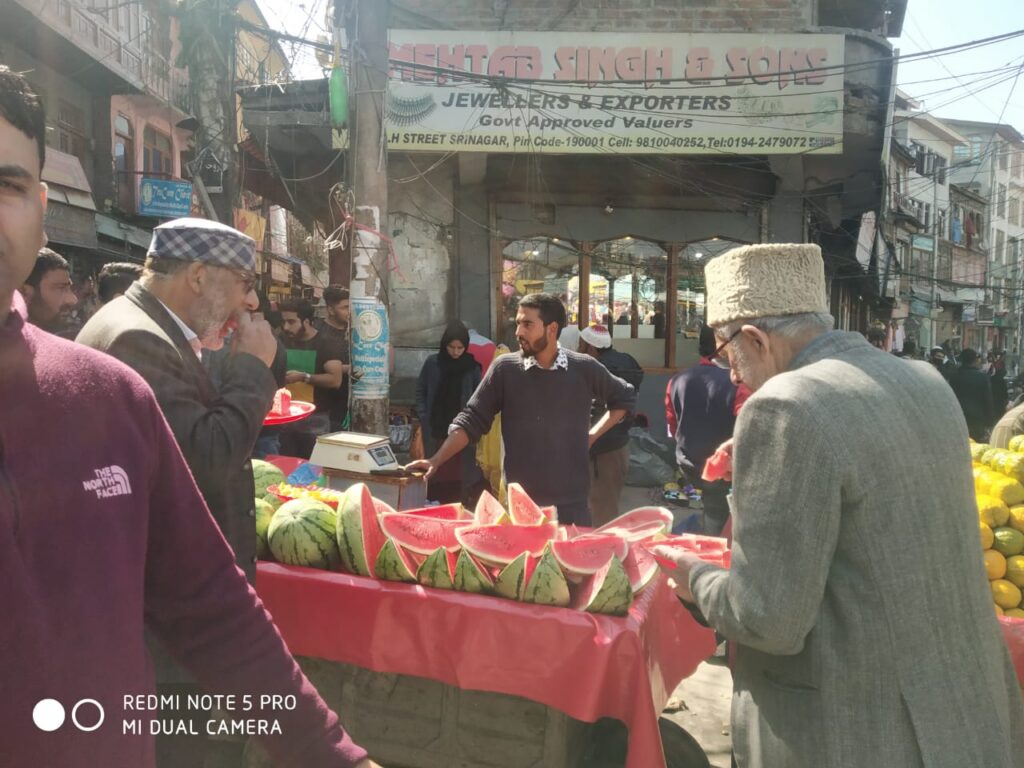 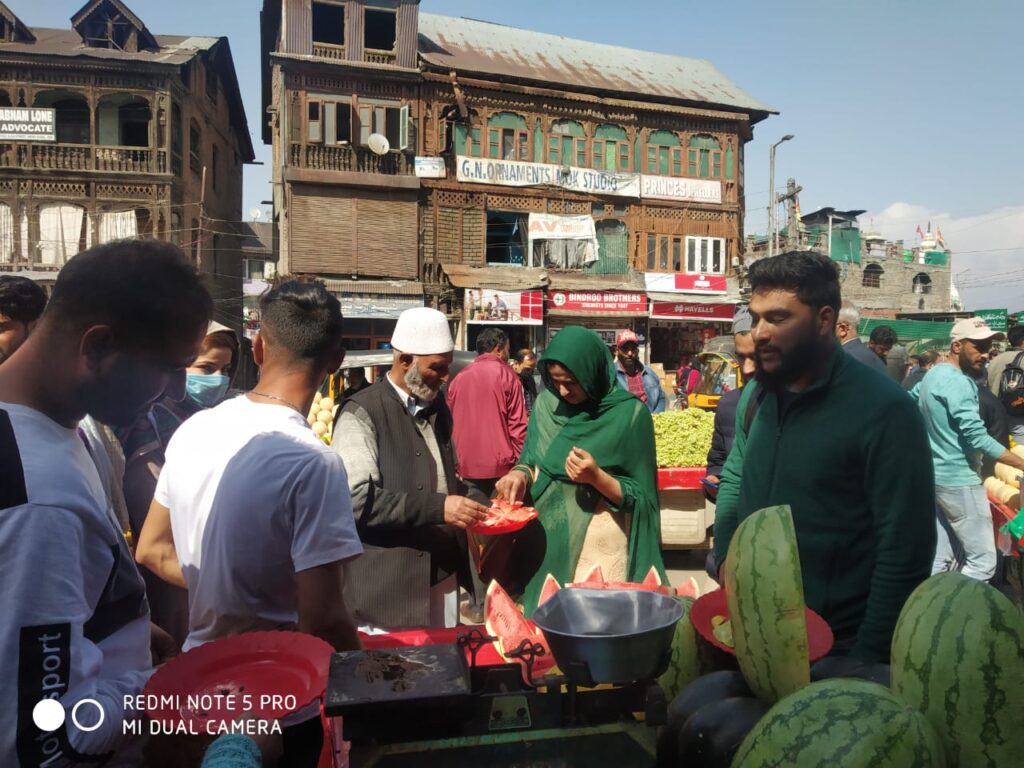