Ahead of Jan 26, grenade attack at HSHS

Ahead of January 26, on Tuesday an unknown person lobbed a grenade in the busy street of Lal Chowk known as Hari Singh High Street where most of the goldsmith shops are situated.

The area is highly secured and has a lot of hidden cameras installed by the government. Four Civilians were injured due to the splinters which were scattered by a hand grenade thrown by unknown persons on a security vehicle at Hari Singh High Street near the busy Lal Chowk on Tuesday.

According to the police and witnesses, the grenade exploded on the road creating a crater while due to the impact of the grenade blast many goldsmiths shops got their front frames damaged.

Under the impact of this grenade attack a police security vehicle was also partially damaged. All the injured persons were rushed to SMHS hospital of Srinagar for the treatment while police and CRPF immediately cordoned the area as the additional forces also rushed to the spot along with vehicles.

Immediately police and security forces after cordoning off the area started the searches of all the civilians who were moving on this busy street. All of them were lined up and were physically searched.

These are some of the pictures taken by our photographer on Tuesday. 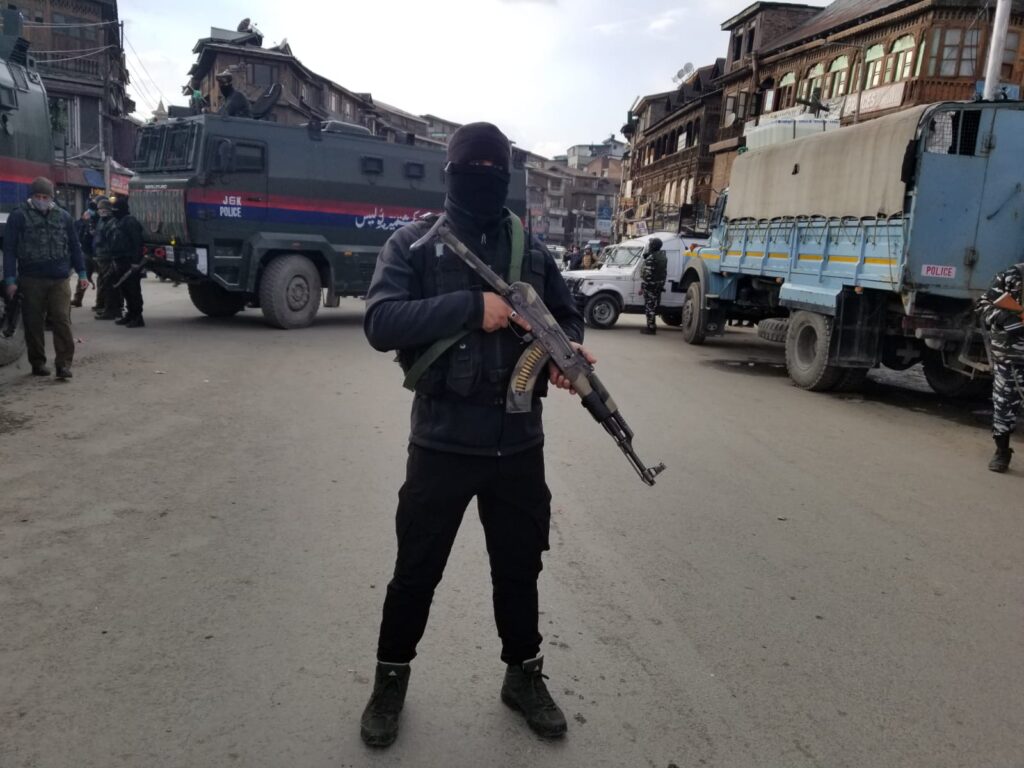 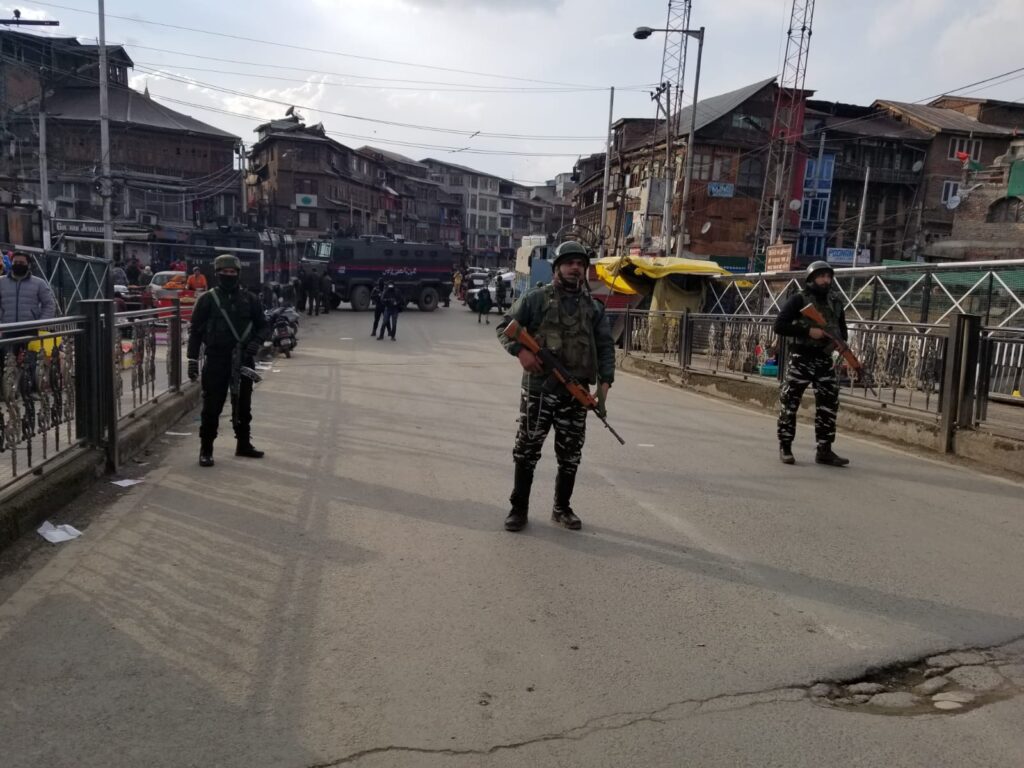 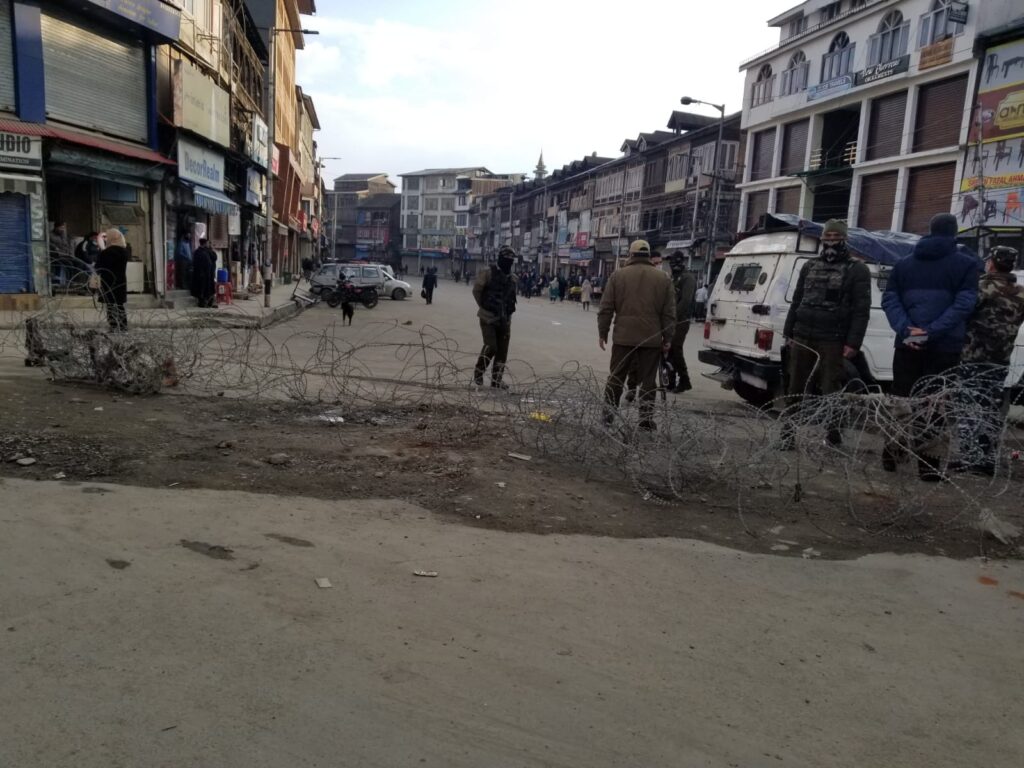 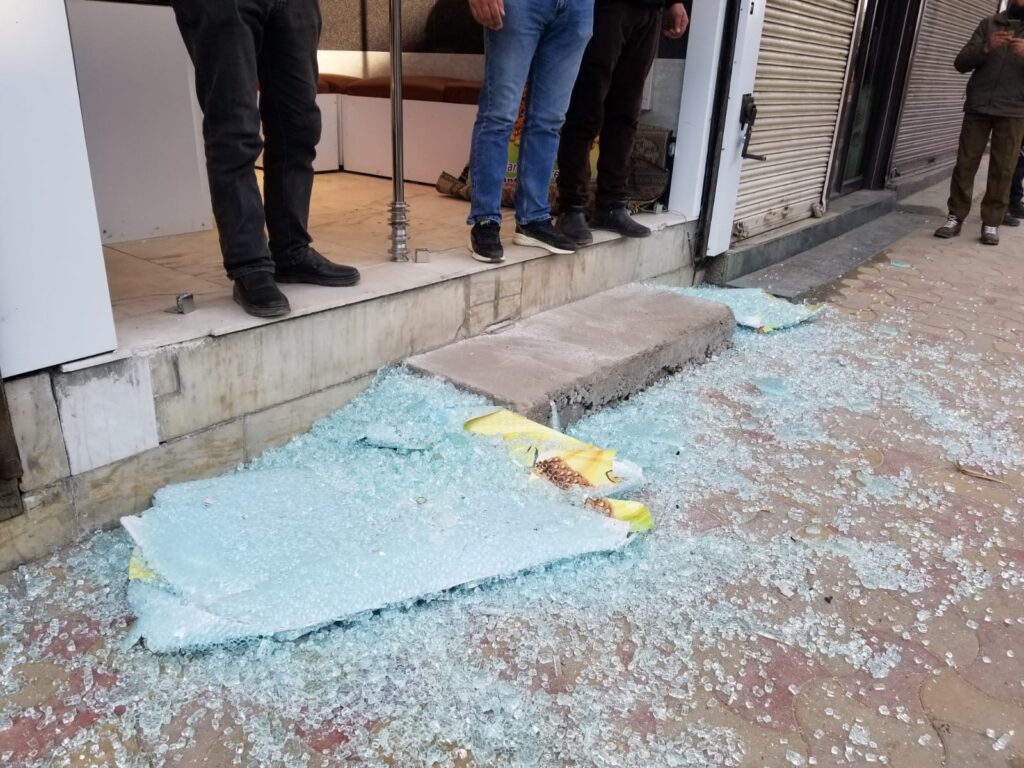 Kashmir bound trucks should not be stopped on highway, appeal stakeholder

At least 5 killed as 3 earthquakes of up to 6.3 magnitude strike Iran Gulf coast