Heritage Masjid of Srinagar in shambles amid winters

Malshahi Masjid in Srinagar near the Shrine of Makhdoom Sahib is in shambles with the authorities not paying any attention to its up keep. It is one of the treasures of our past when Dhara Shikwa made this Masjid for his spiritual head Mullah Shah and it was having also a small Masjid in the compound for the winters with a Hamaam.

That small Masjid is already in shambles while as the main Malshahi Masjid is under the control of archeological survey of India but they are not paying any attention to the up keep of this Masjid while the many stones have come down from its pillars and if the authorities will not pay any attention, it can deteriorate further.

Malshahi Masjid looks so stark in the white snow and it has invoked lot of attention from the artist and photographers during the snowfall as it gives a new look to the Srinagar city by its presence.

These are some of pictures taken after the snowfall on Monday by the VOV photographer Mudasir Ahmad Khan. 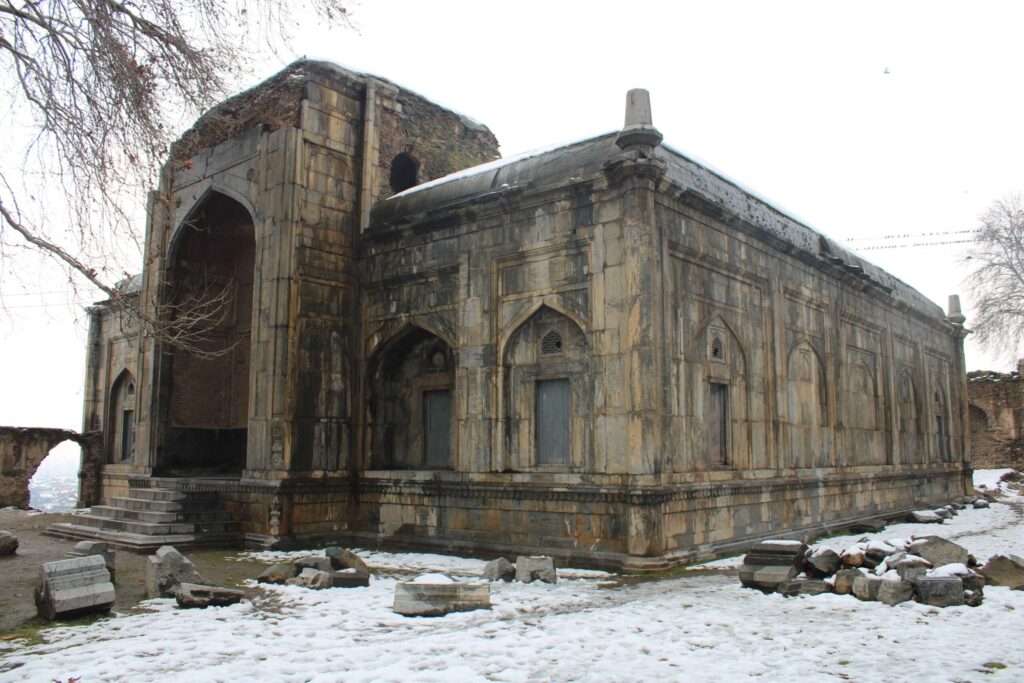 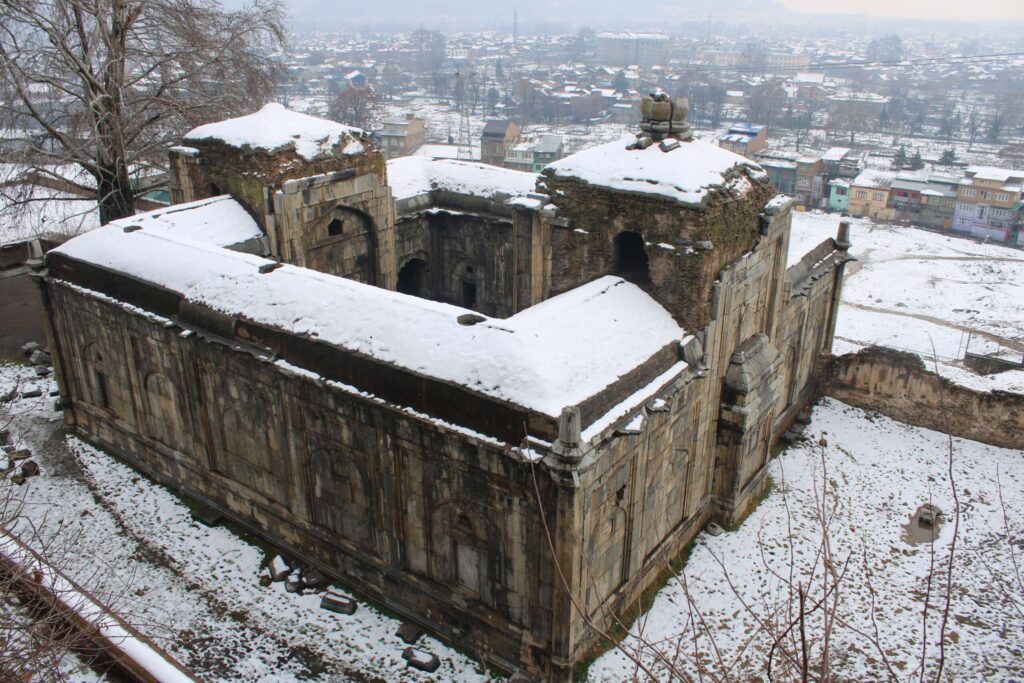