Pointing to the new political organizations being floated in Jammu and Kashmir, National Conference leader and former chief minister Omar Abdullah during his party meeting on Tuesday in Ganderbal said that the BJP government of the centre is trying to divide the voice of people in order to make them feeble.

Omar Abdullah said that it is because of the conspiracies being hatched against the people of Jammu and Kashmir that the political parties are only attacking each other and not the policies of centre and the present dispensation.

According to KNO in its news report while quoting Omar Abdullah on Tuesday it said in its report as follows. Stating that fear is looming large over Kashmir and people are feeling highly insecure, National Conference vice-president Omar Abdullah Tuesday said that the present administration in J-K has miserably failed “to provide a sense of security to common people.”

Talking to reporters on the side-lines of worker’s convention in Central Kashmir’s Ganderbal district, Omar said there is fear everywhere and people are feeling insecure given the spate of gunfights, attacks and killings. “The present administration in J-K has miserably failed to provide a sense of security to people,” he said as per news agency—Kashmir News Observer (KNO).

He said that the areas where the government led by him wiped out militancy are witnessing attacks and where bunkers were removed, fresh bunkers are being constructed. “We reduced foot-prints of govt forces, but today, there are additional troops deployed. These forces are being stationed in places like marriage halls and community halls constructed by our regime,” he said. 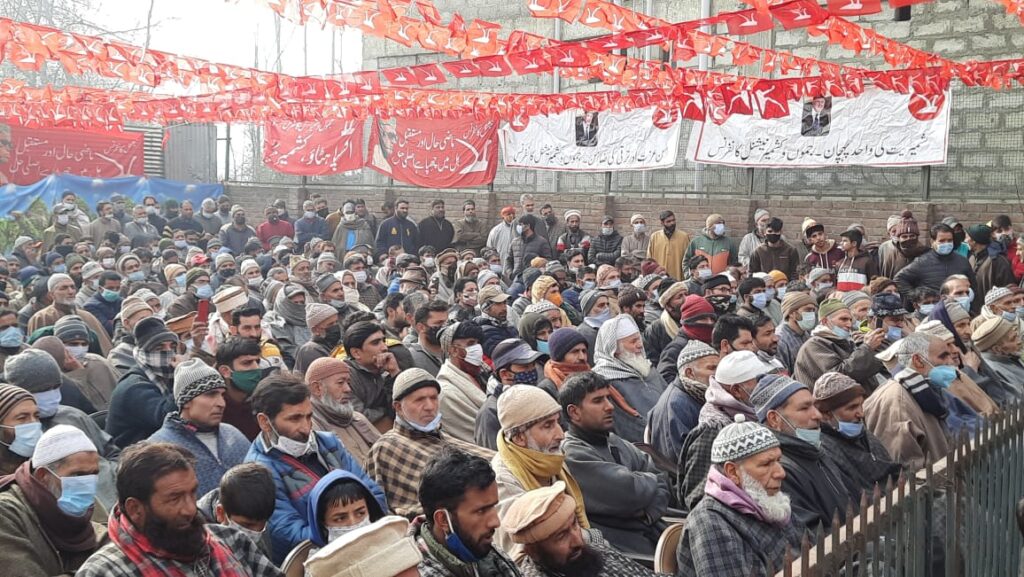 Omar said that political rallies being organized by NC shouldn’t be linked with polls. “We want to connect with our workers just to listen to them, get their feedback and share ours as well,” he said.

He said NC wasn’t a party that speaks in one language in Jammu and in another in Kashmir. “We don’t believe in double speak,” he said. Asked whether he would contest polls from Ganderbal, Omar said when the election bugle hasn’t been blown yet, why talk about contesting polls. “I haven’t come here to cut somebody’s mandate or to give mandate to someone,” he said.