The Jammu and Kashmir National Conference on Monday said that the hilly areas of Chinab and Pirpanjal have faced grave neglect at the hands of ruling BJP and the unilateral abrogation of state’s unique status has aggravated the development deficit and administrative inertia in the regions.

The self anointed messiahs of Jammu who used to cry over the so called development deficit and step-motherly treatment have let down the people of Jammu proper, not to talk about the areas of Poonch, Rajouri, Doda, Khathua, and other adjoining hilly areas said Party’s additional General Secretary Dr. Sheikh Mustafa Kamal while addressing people at Darhal, Noushehra, Shadra Sharief. He made various stopovers at various places and interacted with people, who received him with enthusiasm.

Addressing the people Dr. Kamal said that the people of the Rajouri and Pooch districts in particular faced neglect on all fronts ever since BJP had its hands on power in center and state. He said the step motherly treatment being meted out to the border districts should not be seen in isolation, and that the indifferent attitude of BJP towards the developmental needs of Rajouri and Poonch was part of their agenda to disempower Gujjars, Paharis, and other communities in the region. He said disempowering tribal population was high on the agenda of BJP. “On the contrary, successive NC led governments made synergized efforts to foster development in the two hilly districts. The very idea of Mughal road, and BGSB University was conceived by Sher-e-Kashmir. Majority of the road projects had also come up during the successive NC led Government. The areas, wherever I get to interact with people, I am being told, have been left to its own fate. The problem of unemployment, bad connectivity of roads, poor telecommunications, and unaccountability has pushed the locals to the wall,” he said.

The ubiquitous non-challant attitude of administration towards the twin border districts, Kamal said has seen a steep rise following the unilateral and unconstitutional abrogation of Articles 370, 35-A. “The entire region seems to be the last priority of divisional administration enjoying their summer retreats in Jammu city. Many central welfare schemes, the people lament are not being properly implemented. Besides there is widespread anger in people against the BJP who got a historical state spitefully reduced to a non-entity. People are seeking the restoration of their honour and dignity back which was robbed by BJP and facilitated by its ilk,” he added.

Kamal said the people of Poonch and Rajouri see PAGD as a ray of hope amidst these turbulent times. “People are all out for PAGD. People from all walks of life are appreciative of the efforts of Party President Dr. Farooq Abdullah for teaming up an alliance for the restoration of people’s rights which were unilaterally, unconstitutionally and undemocratically snatched,” he said.

On the occasion PAGD candidates also addressed the people. Dr Kamal was accompanied by District President Shafat Ahmed Khan on his campaign trail. Kamal during his public outreach urged the people to vote and support only PAGD candidates.(KNS) 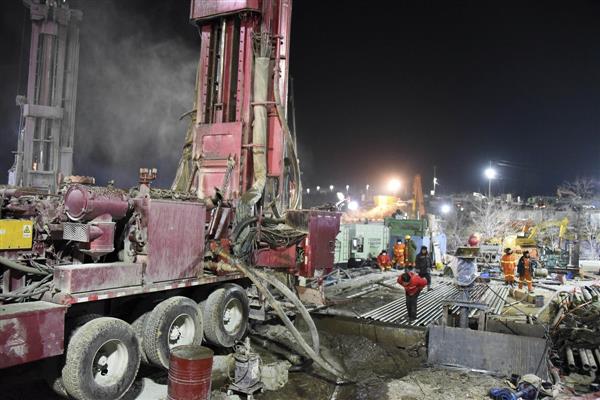