Butchers switch over to chickens from mutton to evade arrest

Most of the butchers in Srinagar have switched over to selling big chickens to their clients instead of mutton after the government recently arrests 37 meat sellers for selling mutton at the rates not prescribed by the government.

Recently JK Administration fixed the rates for selling of the mutton but the wholesalers and retailers have said that they cannot do the business at such rates. However, when some meat sellers recently opened their shops and started selling the meat at the old rates, police arrested them and filed cases against them. 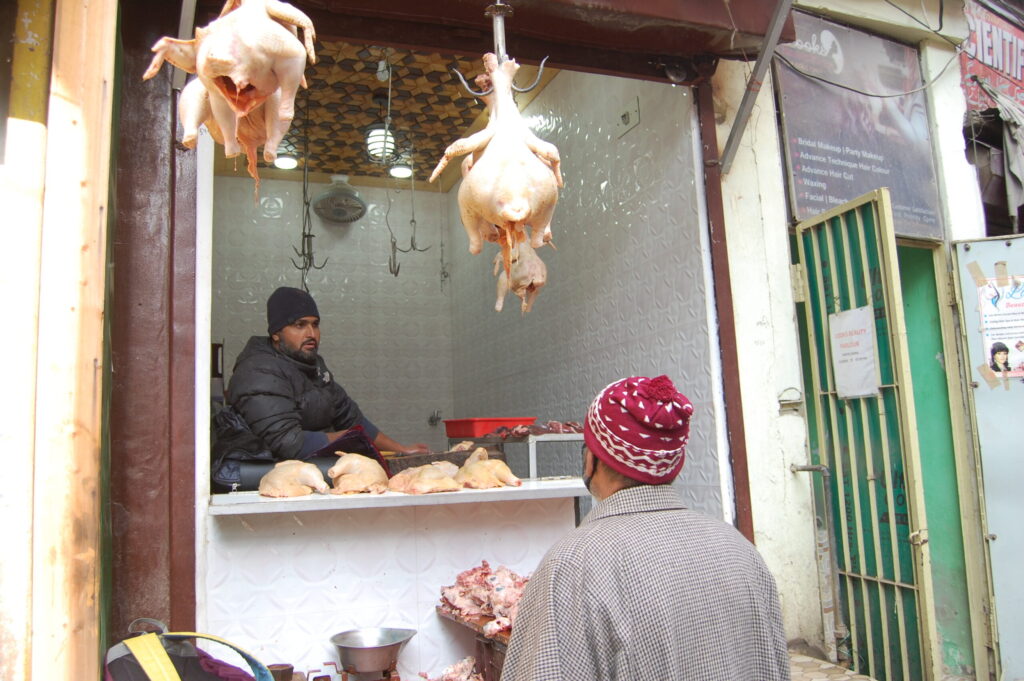 Mutton shop owner selling chickens to consumers in Dalgate. They have stopped selling mutton after the recent arrest of dozens of mutton shop owner by the government. Pic by Tariq Shah

The decisions of the administration have come under severe criticism from the wholesalers of meat and also from the society. There are many grades of mutton like A, B and C. The government would have fixed the rate according to the grade of mutton as most of the wholesalers in Kashmir bring C grade mutton and sell it as A grade to the retailers. Similarly the administration before fixing the rates should have intervened in the market at the wholesale level and should have provided the meat at the rates they have prescribed to the retailers.

In absence of any ground work by the administration arresting the meat sellers has only added to the problems of consumers and has not solved them.

Now the switch over of the meat sellers to the chickens has further added to the market rates of chicken which were previously being sold at the lower price.

“Before the government intervention chickens were being sold at Rs 100/KG now they are selling at Rs 150/KG as the mutton shops are also selling now chickens only” said a consumer while buying chicken from a mutton shop.