One of the legends about saffron fields of Pampore is related to emperor Jahangir who used to delay his going back from Kashmir valley in order to have a sleep during the day in the saffron fields when its flowers would be in full bloom.

Another legend about the Jahangir has been that when he was heartbroken in his famous love affair, he was advised by his wise men around to spend the autumn in Kashmir especially in the fragrance of saffron flowers. This fragrance used to give him peace of mind and it brought him again and again to these fields during the autumn season. 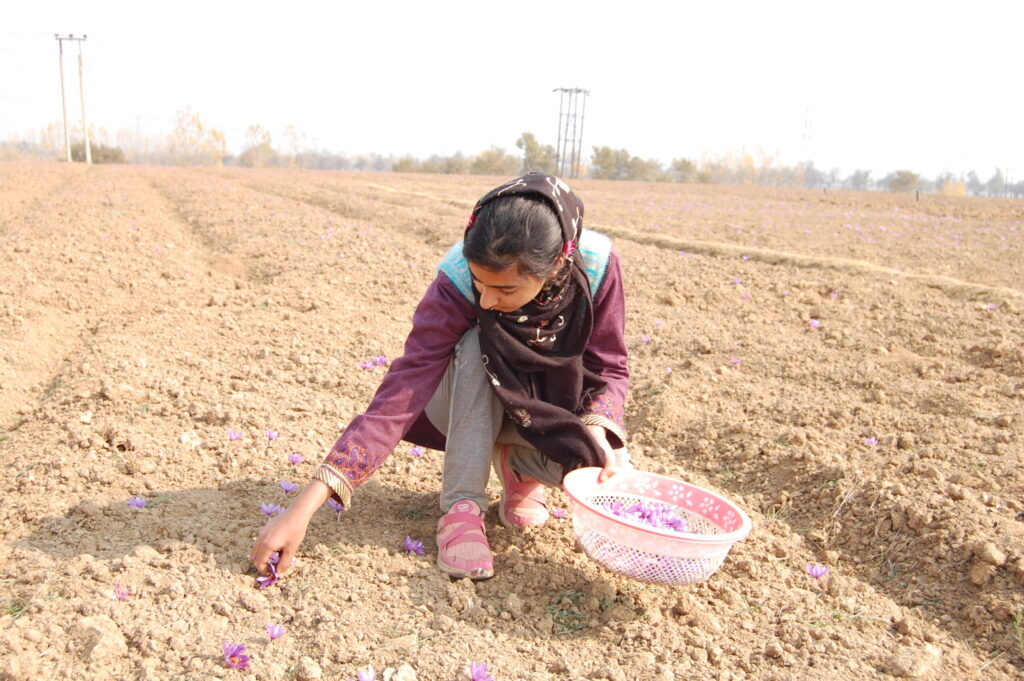 The context of his history briefly is to remind the readers about the importance and about the fame saffron flowers were having during the medieval period.

In year 2020, the fields of saffron have been reduced and most of these fields have been converted either into housing colonies or into fruit orchards. In the current season, the saffron is not abundant in the fields and the farmers blame the government for the present mess in this trade.

Saffron flowers have bloomed on the Pampore fields, but the yield is not healthy. Although saffron growers have suffered in the previous year due to untimely snowfall in the first week of November, this time they are happy that saffron is being collected without any hassles. 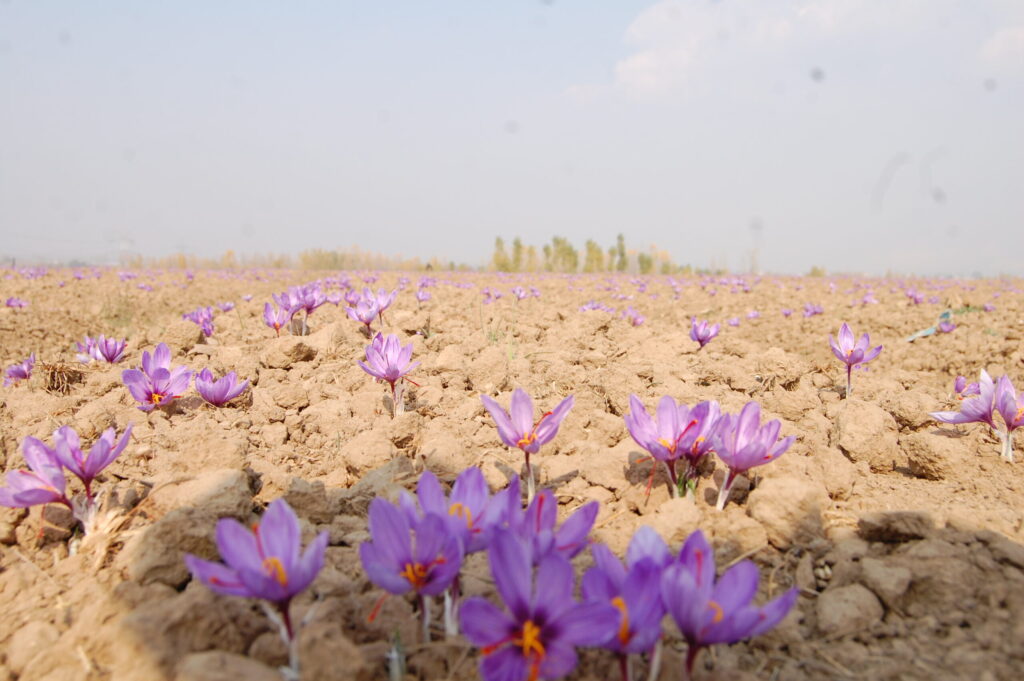 The government announced a huge project for the revival of saffron known as the central saffron mission under which farmers of Pampore were promised to sprinkled water supply by bore wells. But the government despite spending a huge amount was unable to revive the saffron industry and saffron fields of Pampore.

Long dry spell in the current season and the faulty implementation of bore well scheme for the sprinkled water supply have bashed the hopes of farmers to get a better yield of saffron.

They were expecting in the current season a bumper crop of saffron but most of them are not happy as the dry spell of a few months has resulted in less yield of saffron in their fields.