Thousands of people including a large number of women and children converged at Dargah Hazratbal to get a glimpse of Holy Relic and for the Friday prayers. There was a lot of commotion while people were entering into the shrine as the markets were also full with no social distancing. 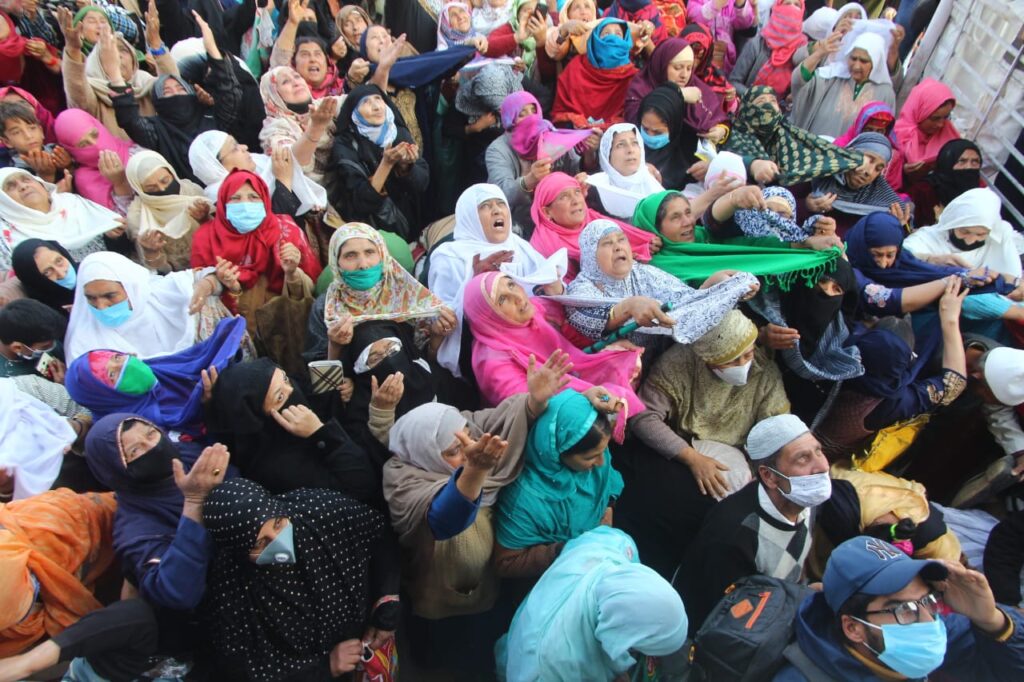 Such a huge gathering of people at Dargah Hazratbal was witnessed after months of lull as the authorities did not allow any such religious gatherings first due to clampdown followed by Covid-19 lockdown.

When hundreds of people from the villages reached for the night prayers at Hazratbal on Thursday evening, they were told to go back as the shrine was closed for any such gathering due to the current pandemic.

However, the authorities could do little as thousands of people came from various parts of Kashmir especially from the vicinity of Hazratbal shrine not only for the Friday prayers to get the glimpse of Holy Relic as the day converged with Milad-un-Nabi (SAW).