Known as Jigar Ded within the Dal lake and on its rim among the locals, she has a woeful tale to narrate as her survival is becoming a challenge to her with no tourists around.

“I have been waiting for tourists for more than 1 ½ year now. I have exhausted all my money and have no source of income. I have no means even to set right my houseboat for the tourists” Jiger Ded said to this reporter.

She has been fighting a lonely battle not only on the emotional front as she has lost her husband and son to the ailments and is now alone fighting the battle of survival.

When asked if she has received any government help, she said “how can I get the benefit of the government as my papers have not been taken by any person to them. I have a registered houseboat but so for I have received no help from the government”.

Jigar Ded is the face of Dal Lake of many such families who are fighting for their survival with no tourists around. There are hundreds of families like Jigar Ded fighting for the day as they now have almost no money even to feed their families. 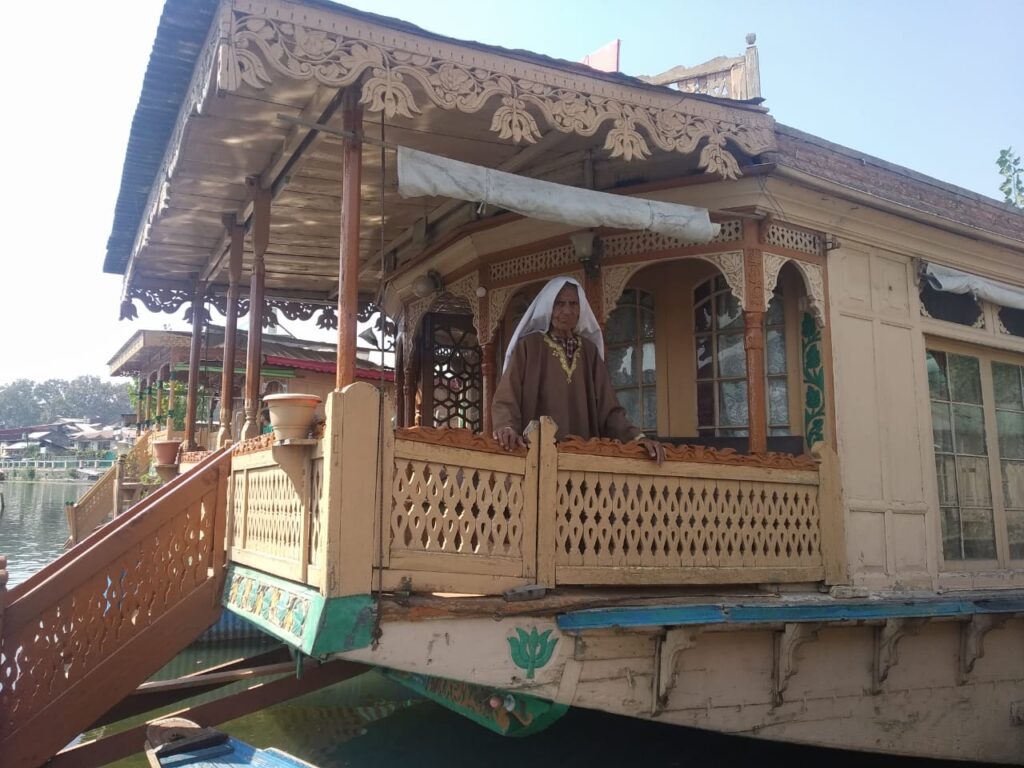 Government has promised a comprehensive package for the people connected with the tourist trade in Kashmir but so far no cash intervention has happened within the Dal lake for the survival of these families.

“I badly need some money from the government for my survival as my only means of income is my houseboat and it is vacant for about two years now. I appeal to the government to help me as I have no one to approach any officer” Jiger Ded said.

Jigar Ded is the owner of Houseboat Indoora on the waters of Dal lake opposite Hotel Shahenshah on boulevard road. She has a request to the LAWDA authorities and to the Deputy Commissioner of Srinagar to visit her and help her to survive in such crisis times.