A family living on road after damaged boat on Jhelum bund

Abdul Khaliq Guroo S/O Abdul Samad Guroo was making his living by ferrying people from Convent Ghat to Grindlayes Bank Ghat known now as Polo view branch of J&K Bank. After the government made a bridge near the convent, he is now without any business.

Another misfortune hit him recently when houseboat was damaged as it got inundated in the water during the recent incessant rains which swelled river Jhelum. 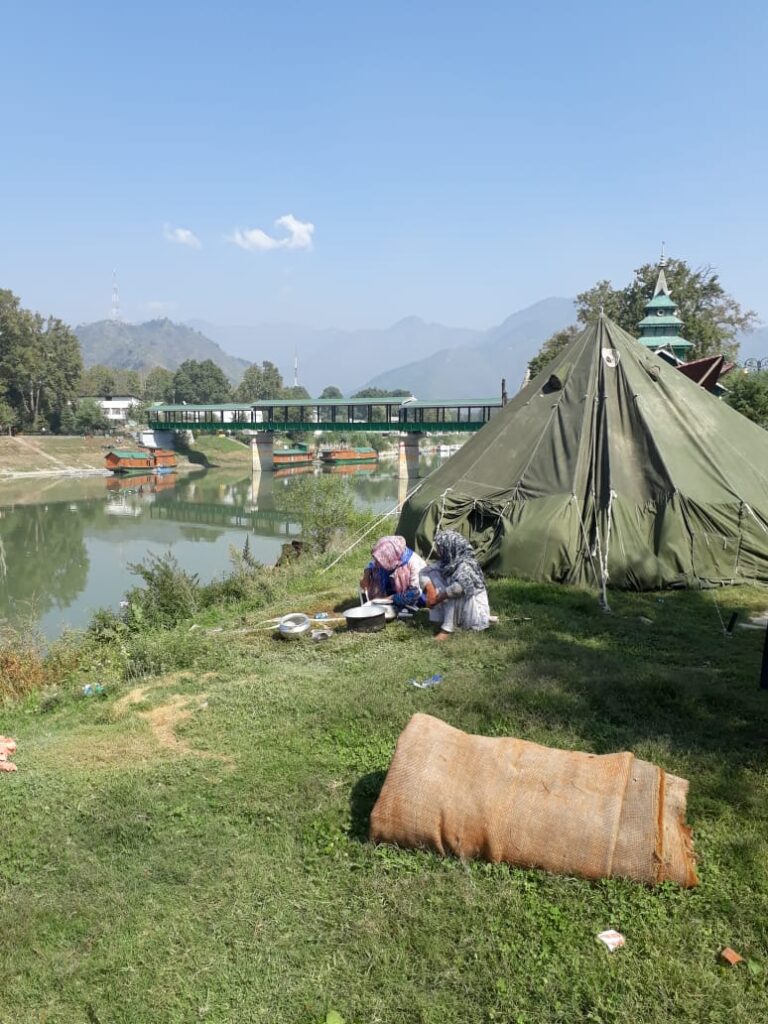 The authorities have visited him but he got no financial intervention with the result he is living with his two daughters in a tent pitched on the bank of river Jhelum near Convent bund.

He has appealed the government to intervene and provide him with some accommodation as the winter is approaching. Khaliq Guroo has lost everything in his boat collapse including all the essential commodities and winter clothing.

District Commissioner Srinagar, has an appeal from this family to visit them and see for himself how the family is living on the bund of river Jhelum during these days.