Covid-19 vaccine tracker, August 3: Why so many vaccines are being developed

According to the latest list of the World Health Organisation, at least 165 vaccines for novel Coronavirus were being developed across the world. There are possibly more, but still in the early stages, and not listed by WHO. Those that are listed have all entered at least the pre-clinical trials stage. Some of them are in the final stage of human trials, possibly only a few months away from hitting the market (a Russian vaccine promises to be ready in weeks, if not in days), while many others are just getting into animal trials, and are perhaps a couple of years away from becoming ready.

But why are so many vaccines being developed? Do we need so many Coronavirus vaccines? Wouldn’t one be enough? Wouldn’t the first one to hit the market make others redundant? Aren’t then we wasting huge amount of money and resources in duplicating efforts? Shouldn’t everyone collaborate to produce just one effective vaccine, and concentrate our efforts in ensuring that it is made available to all?

Here are some possible answers.

It might not be evident in the context of the current pandemic, when so many companies and research laboratories are rushing to produce a vaccine, but vaccine development is an incredibly complex, time-consuming, resource-intensive process. Besides, it is also a very high-risk process. The chances of success are extremely low.

Out of the 100 that are considered in the research laboratories as potential candidates, barely 20 make it to the pre-clinical trial stage. This means almost 80 per cent of the candidates are not even considered suitable to be tried on animals. Then, not more than five of the original lot are approved for human trials, and out of these, not more than one or two stand a chance of being approved for public use.

In the current context, the 165 candidates listed in the WHO survey have all reached at least the pre-clinical trial phase. And, at least 23 of them are in human trials. Not all of these will be successful. Going by past record, only about one-fourth of the candidates in pre-clinical trials would be adjudged worthy of getting into human trials. The others would be weeded out.

Though we are all being given to understand that it was only a matter of a few months before some of the leading candidates, like that being developed by the Oxford University, would be available in the market, the reality is quite different. Even those that are in the final stages of human trials, with encouraging results from previous stages, are not guaranteed to succeed. In fact, phase-III trials in which the candidate vaccine is tested for its ability to prevent in the infection in human body in real life situations (outside laboratory condition), are the toughest part of the trial. If they fail to effectively prevent the disease, these vaccines could still lose out. 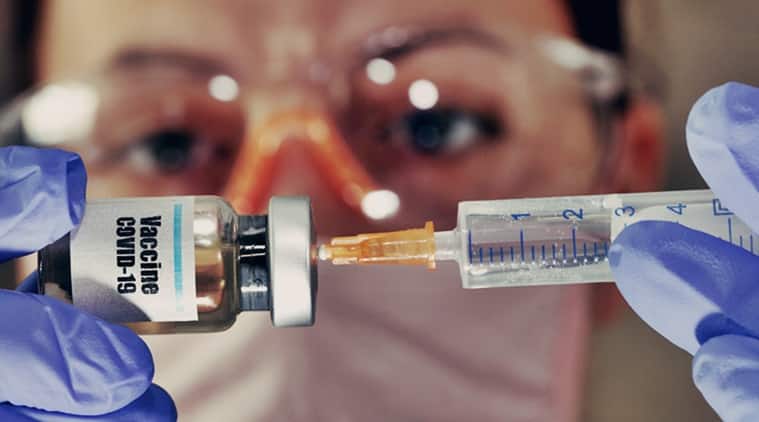 At least 165 vaccines for novel Coronavirus are being developed across the world, according to WHO. (File Photo)

Countries with robust regulatory systems are unlikely to lower their bar just because of the prevailing emergency. The effectiveness of the vaccine in phase-III trials is crucial.

In the end, we are not staring at a possibility of hundreds of Coronavirus vaccines. May be only five or six would succeed. Even that would be considered a very good success rate.

Considering the prevailing situation in which everyone would want to get their hands on the vaccine as quickly as possible, one vaccine is unlikely to meet the immediate global demand. There are already indications that some countries may corner a bulk of the new vaccines, while the others are left to wait for them to become available at a later date. The United States, for example, has already entered into billion-dollar agreements with multiple leading contenders, booked hundreds of millions of doses in advance. This could potentially deprive the other countries, especially in the developing and poor world, from access to vaccines.

That is why several countries have started their own initiatives at developing the vaccine. Countries like Egypt, Thailand, Nigeria, Argentina, not exactly known for vaccine research, are all in the race. Even if they are a little late, if successful, they would have control over production and supply of these vaccines.

There is another reason why multiple vaccines would be needed. As pointed out by Serum Institute’s Adar Poonawala as well, there is no guarantee that the first vaccine would be the most effective. These vaccines are being developed in haste, and there is every likelihood that the ones that come later are able to learn from the experiences of the earlier ones, and make modifications to become more effective.

In addition, the global demand for vaccines would be such that it would easily be able to absorb the production costs of multiple vaccines.

As they race against time to produce a vaccine, research groups across the world are testing several cutting edge technologies in vaccine development, some of which have never succeeded in delivering a final product. For example, a DNA or RNA-based approach to produce a vaccine has not succeeded till now. But these approaches are being tried out to develop a Coronavirus vaccine, because they are potentially quicker and easier to make.

The deployment of these relatively new technologies to produce a vaccine has increased the number of candidates being developed.

This is crucial. Vaccine development is a very costly endeavour, requiring hundreds of millions of dollars. In normal times, only big pharmaceutical giants with deep pockets and risk appetite, or institutions with large research grants get into vaccine development.

The situation is dramatically different in the current pandemic, however. From governments to donor agencies to multinational corporations to international health initiatives, all have opened their purse strings for a Coronavirus vaccine. Every candidate that shows promise in the laboratories is being backed. Many companies and institutions are actually developing multiple candidates.

It’s a high risk game, but can turn out to be extremely rewarding for those who succeed. Many research groups are in this for the learning experience as well.