A series of landslides triggered by heavy rainfall have killed eight people in 24 hours in Arunachal Pradesh. While in Papumpare district, a family of four, including a baby, was buried alive in Tigdo village in Doimukh, a mudslide killed four others in Modirijo village in Itanagar Capital Complex. Earlier in May, three people had died under similar circumstances in Dibang Valley district.

“Saddened by a tragedy that struck Tigdo village in Papumpare district this morning where four members of a family perished in a landslide. May the deceased rest in eternal peace. My sincere condolences to the bereaved families. Ex-gratia relief being expedited to the next of kin,” wrote Chief Minister Pema Khandu on Twitter on Friday morning. 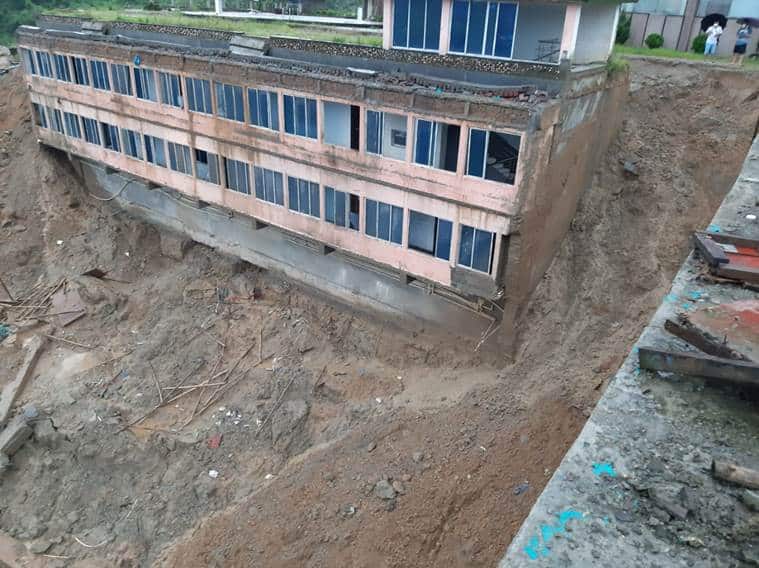 The release stated that the south-west monsoons have caused huge damage to the state’s infrastructure including roads, bridges, buildings, erosion and flooding of agricultural and horticultural fields among others.

In Itanagar Capital Complex, many colonies like Romik Colony, Nyokum Lapang, Dokum Colony, Doordarshan Colony, among others have reported landslides. As a result, several vehicles have been buried, houses have been washed away or buried, and three pigs were found buried in Dokum Colony.

East Siang district has reported heavy land erosion along the Siang river under Mebo sub-division “Approach road of Steel Bridge over Sille river of Niglok village has been completely washed away,” stated the release. Earlier, two stranded persons were rescued by the authorities. 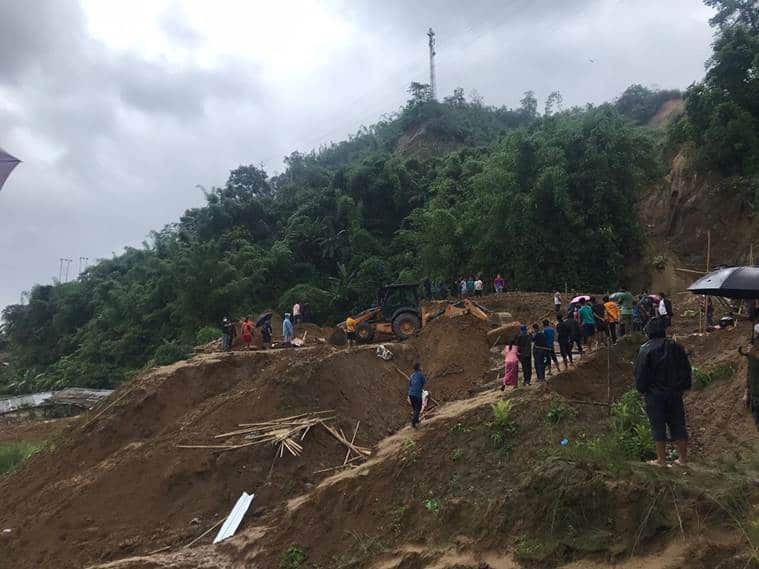 Several vehicles have been buried, houses have been washed away or buried, and three pigs were found buried in Dokum Colony. (Photo: Arunachal Pradesh Disaster Management Authority)

The Regional Meteorological Centre (RMC), Guwahati has issued a red alert for the state. “Isolated heavy to very heavy rainfall with extremely heavy falls (>20cm) likely over Arunachal Pradesh and Assam & Meghalaya during 09 to 11 July 2020,” stated a release by the centre on Thursday.

CM Khandu urged citizens to stay safe. “I request everyone to take all precautionary measures & to refrain from staying at vulnerable locations,” he tweeted, sharing the district-wise warning issued by the RMC and contact details of District Emergency Operation Centres.

The government has also issued a release on how the citizens should be prepared in case more landslides strike.

More than 15000 Covid vaccine inoculations made in J&K: Dulloo

Security blanket extended in entire Srinagar ahead of R-Day