On NREGA outlay, Rahul Gandhi tweets thank you to PM Modi. Then takes a dig

Former congress president Rahul Gandhi on Monday thanked Prime Minister Narendra Modi for approving a 66% jump in the allocated budget for the flagship rural job guarantee scheme initiated during the Congress rule. However, he ended his congratulatory note by taking a dig at the PM for one of his statements regarding the scheme in parliament.

“The Prime Minister has approved an additional budget of Rs 40,000 crore for the MNREGA scheme created during the UPA era. We express our gratitude to him for understanding the vision of the scheme and for promoting it,” tweeted the Congress leader. 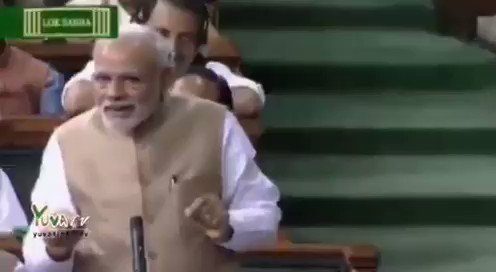 9,365 people are talking about this

In it, the PM can be heard saying, “MNREGA aapki vifaltaon ka jeeta jagta smarak hai (MNREGA is a testimony to your failures).”

On Sunday, Union finance minister Nirmala Sitharaman, while laying out the final tranche of the Rs 20 lakh crore economic package, said the government will now allocate an additional Rs 40,000 crore to MGNREGA to provide employment boost. This amount is in addition to a little over Rs 61,000 crore budgeted for 2020-21.

There has also been a revision of wages under the scheme from Rs 182 per day to Rs 202, keeping in mind the exodus of migrant labourers to villages.

The FM’s announcement was part of a slew of measures announced by the government for micro, small and medium enterprises (MSMEs), agriculture, migrant workers, defence, businesses, and other segments.