Uncertainty, fear in Kashmir; all eyes on Parliament now

All eyes are on the Parliament which resumes its business on Monday, even as uncertainty and fear have further deepened in Kashmir.

Kashmir has been on edge for the last few days after New Delhi rushed additional companies and asked Amaranth pilgrims and tourists to leave Kashmir. The series of government advisories in past few days have created massive panic amid reports that New Delhi was planning a major political decision on Kashmir.

On Sunday, while shops were open and traffic plied normally, there was a general scare among the masses. The fear got further worsened when reports emerged that Union Cabinet was scheduled to meet at 9.30 am Monday morning. Besides the ruling BJP has issued a whip to its parliament members asking them to remain compulsorily present in both Houses from August 5 to 7.

With Centre keeping cards to their chests, common Kashmiris were seen stocking essentials and medicines.

Meanwhile, an order issued by District Magistrate, Anantnag, asked all petrol dealers against resorting to the sale of fuel without the permission of the DM or the officer authorised on his behalf. The order, it said, has been issued in view of panic stocking by general public in the last few days, which has caused considerable shortage of petroleum products.

Anticipating that the restrictions might come into force, a letter addressed to the Srinagar District Magistrate by  Medical Superintendent of CD Hospital, Srinagar, sought “curfew passes” for the hospital staff.

“With no clarity, we are really worried,” said Shabir Ahmed, a Srinagar resident. “These days we wake up to new fears. Now all eyes are on Monday when Parliament proceedings will begin. It seems we are waiting for some doomsday.”

Members of the business community, too, are seeking clarity from the Centre so that a sense of security was restored among the public.

“On behalf of the business community, we demand restoration of a sense of security amongst the general public, proper assessment of business losses caused and protection against future losses,” said Kashmir Chamber of Commerce and Industry (KCC&I) secretary-general Farooq Amin.

Authorities have stepped up security deployment at vital installations and sensitive areas amid heightened terror threat and flare up of hostilities with Pakistan along the Line of Control (LoC).

After the Jammu and Kashmir administration curtailed the Amarnath Yatra and asked pilgrims and tourists to leave the valley at the earliest on Friday, anxious residents continue to throng markets to stock on essentials and serpentine queues have been visible outside shops and fuel stations.

Rupee jumps 44 paise to 74.60 against US dollar in early trade 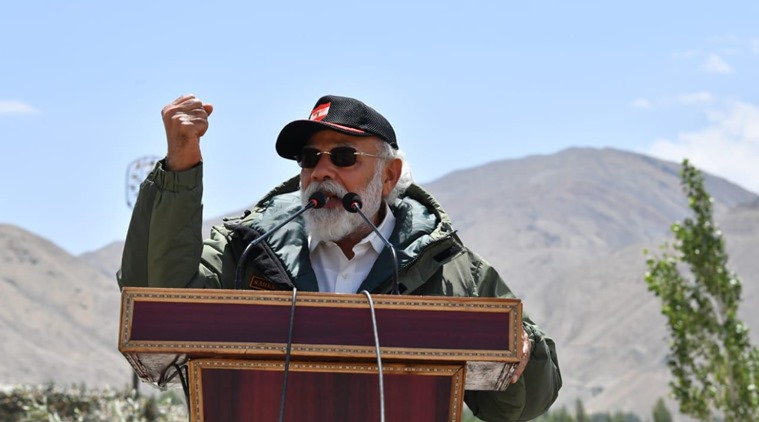 In Ladakh, PM Modi sends out clear message to China: ‘Era of expansionism has ended’