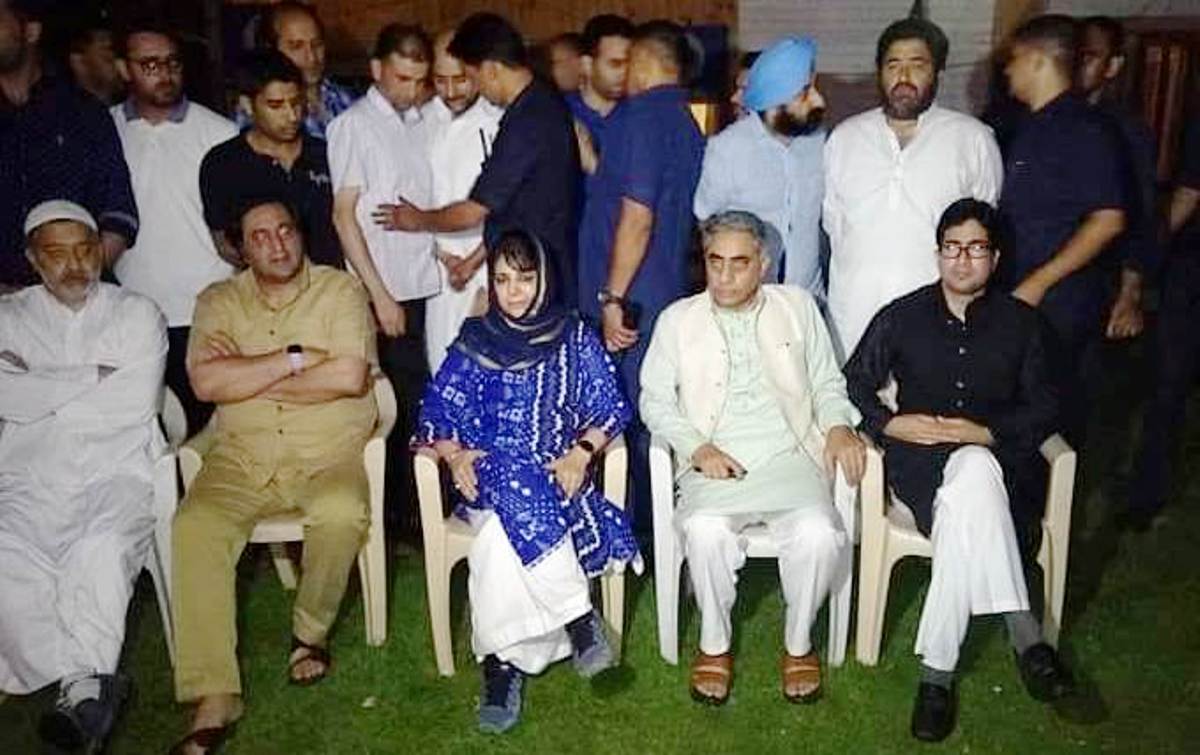 The meeting took place at the residence of Sajjad Lone’s Church Lane meeting.

Earlier, Mehbooba had a brief meeting with Dr Farooq Abdullah after her press conference in which she appealed Prime Minister that his government should not tinker with the special status of the state including Article 35A.

She had a brief meeting with Dr Farooq Abdullah but in the chaos nobody knew what transpired between the two former Chief Minister. She later drove to the residence of Lone where they were joined by Dr Shah Feasal and many others. It was there that they decided to meet the governor Satya Pal Malik.

Right now when this report is being filed, all these political workers are at Raj Bhawan. There is a thick press contingent that is waiting at the outer gate of the Raj Bhawan waiting to listen to those who are meeting Malik.

What was interesting was that the delegation that met the governor had nobody from Congress and NC. Reports said Omar Abdullah, who is outside the state is flying home on Saturday. This may add to the heightened political activities.