Army officer killed, another injured in sniper attack along LoC in Kupwara

Srinagar :An army officer was killed and another injured critically in a ‘sniper attack’ by Pakistan army along the Line of Control in north Kashmir’s Kupwara district on Friday afternoon.

Official sources told a local news agency that Pakistan army in “violation of ceasefire” opened the sniper fire upon the army’s 2/8 GR posts in Jumgund area along the LoC.

The injured has been identified as Junior Commissioned officer (JCO) Subidar Raman Thapa who was later referred to army’s 92 base hospital Badamibagh Srinagar for advanced treatment.

Senior Superintendent of Police (SSP), Kupwara Ambarkar Shriram Dinkar also confirmed the death of the JCO and injuries to another.

He said that details with regard to the incident are being ascertained. (GNS) 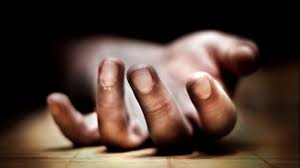