A 28-year-old girl, Naseema Dar, is suffering from multi-organ failure since May 2014, her family said in an appeal for masses to help. 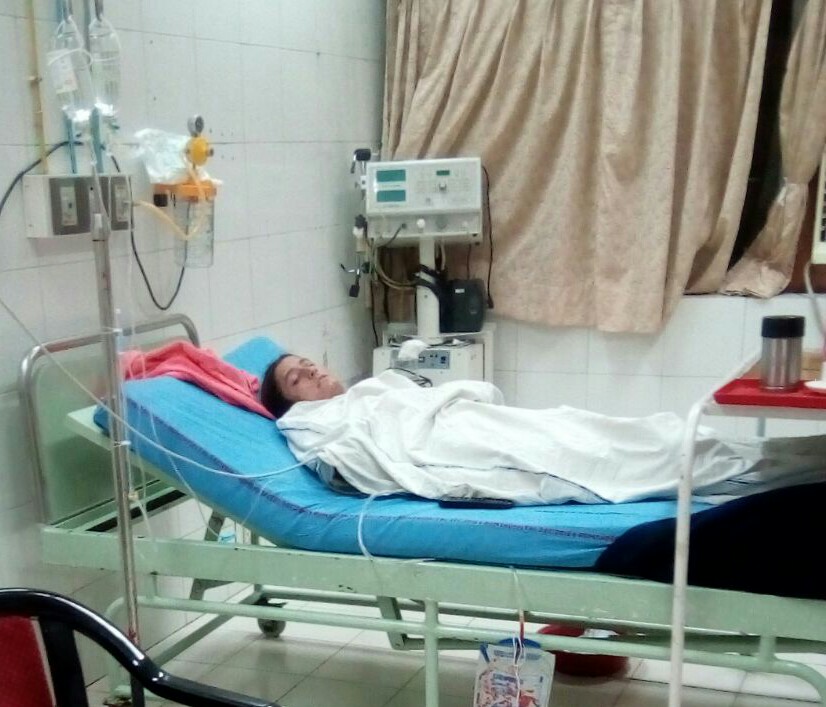 Hailing from Sariwarpora Pattan of Baramulla district, Naseema developed nephrotic syndrome in May 2014 which resulted in a kidney failure. She was admitted to AIIMS for specialized treatment on March 5, 2015, bearing UHID NO.100841529 for the period of five months.

During this period, the family said, she suffered left lung pleural effusion and was later operated upon in July 2015. Surviving of regular dialysis, on December 20, 2015, she was again admitted for evaluation of lung.
With many complications, she had developed liver ailments as well, while the renal examination was continuously going on.

For about 4 months she had to undergo active treatment for her liver before her 64-year-old father could donate his left kidney bearing UHID NO 102122493 to save his ailing daughter.

On May 12, 2017, Naseema was operated for the kidney transplant (bearing UHID NO 102895870 & RT No. 2541/17) donated by her father. Since all these three years, the family was subjected to run pillar to post to manage the treatment expenses for their daughter.

Nightmare for the family, it consumed them around a crore to see their daughter alive. Facing the tough times to struggle the daughter’s illness and the state of her aged father, Naseema’s mother also developed complications. With this, the number of patients in a family rose to three.

The only treatment cost of Naseema, which doctors have prescribed for next year is Rs 50,000 per month, leaving aside the cost of medicines which keeps her parents alive.