In a First, Traffic Police Challans A CRPF Vehicle In Srinagar

Perhaps for the first time in Kashmir valley, J&K Traffic Police on Wednesday challaned a CRPF Vehicle for violating the fundamental rules of traffic at Dalgate in Srinagar. It was moving in the wrong direction, otherwise a routine. 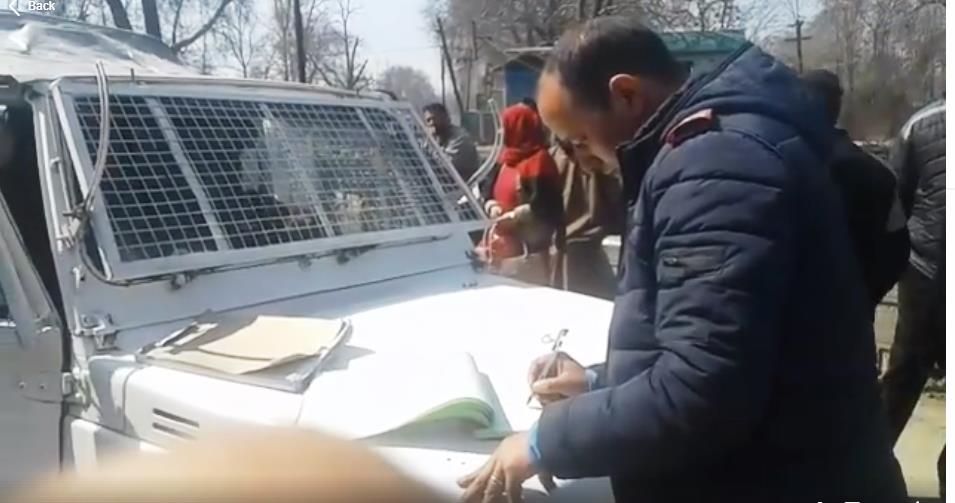 “The vehicle was plying in the wrong lane hence causing a traffic jam at the busy Dalgate Chowk,” said a senior official in the traffic police department.

The traffic department has uploaded the video of the same incident on their social networking Facebook page.

The traffic police has also issued an advisory to all the government departments to have all the necessary documents whenever their vehicles are plying on roads. It will include the documents of the vehicles and the people driving them with pollution control certificates.

Meanwhile, Traffic Police Srinagar in a statement said that in its special drive, it has booked 104 auto-rickshaw drivers for plying without mechanical digital meters and seized 10 auto-rickshaws for not having proper documents.

Out of the 104 booked auto-rickshaws, 88 were fined, while as 16 were given court challan and a fine to the tune of Rs 9600 was collected from the violators.

An official from the department said that “autorickshaw drivers have to install a mechanical digital meter and have to wear a proper uniform as per the Transport Commissioner and State Transport Authority J&K Srinagar notifications, otherwise legal action under law against the violators shall continue.”

J&K that is having more vehicles than the roads is facing serious tensions in routine movement. The crisis is crippling in Srinagar. The movement of hundreds of tourist and security vehicles is adding to the mess at a time when durbar is returning for a six-month stint and flyover is far from being ready.

Traffic police department has already challaned an army vehicle in Jammu. The temple city is witnessing improvement in the vehicular movement for last few weeks.