SRINAGAR:-The paramilitary CRPF is using Renault Sherpa, one of the six versions of the Sherpa armoured vehicles manufactured by French company Renault Trucks Defense, in Kashmir on trial bases.

The CRPF spokesman Rajesh Yadav told Outlook that one Renault Sherpa was brought to Kashmir and the CRPF was using it on trial bases. He said it will be tried in different terrians and only after it meets the technical requirements, the vehicle will be inducted in the CRPF. 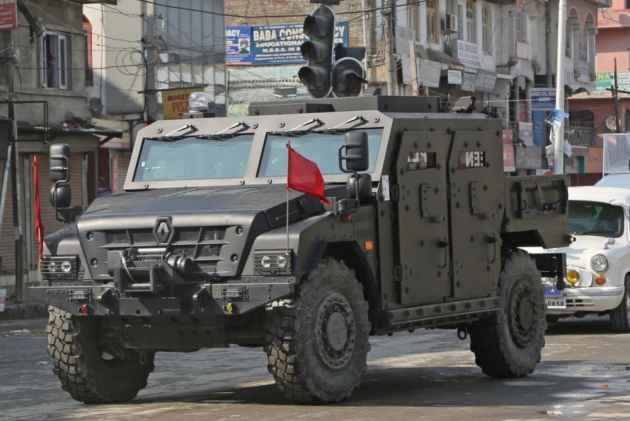 The vehicle was seen in Srinagar on February 13 during a gunfight between the security forces and the militants in Karanagar area of the summer capital. Earlier, the vehicle was tried in South Kashmir as well.

The CRPF spokesman said it will take sometime to get feedback from the technical experts as the vehicle is yet to be tried in different terrians.

The bulletproof heavy armoured vehicle is built of heavy iron and has camera on top providing view of the outside to four paramilitary personnel in the vehicle, who can fire sitting from inside. The vehicle can resist around a 10kg RDX blast.