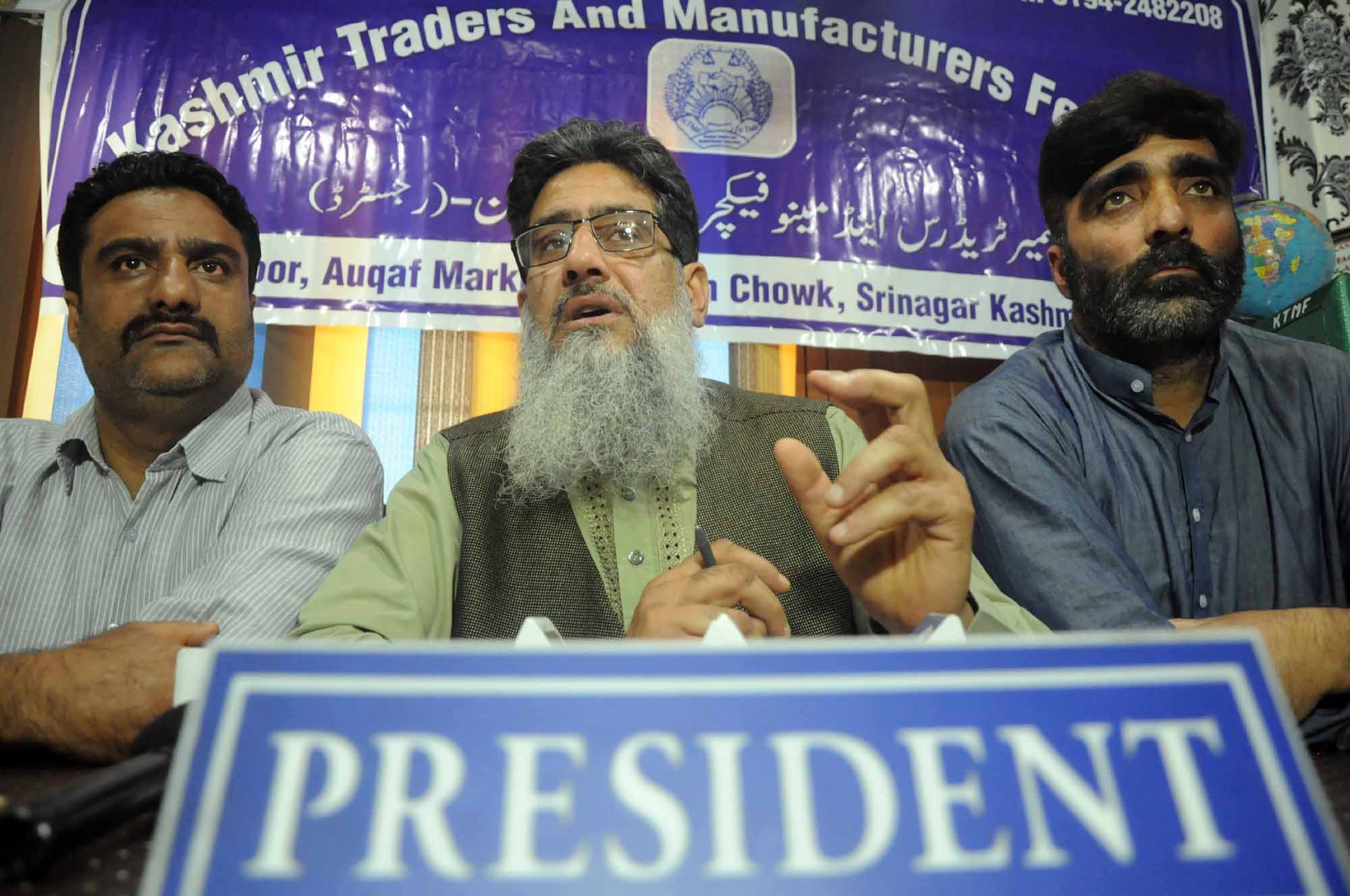 Srinagar: Kashmir Traders and Manufacturers Federation (KTMF) and Kashmir Economic Alliance (KEA) chairman Mohammad Yasin Khan Thursday said the trader’s federation is determined to the cause of retaining the identity of the state and will not let the government to fiddle with it.

Muhammad Yasin Khan while addressing a press conference said that they will oppose the GST tooth and nail.

“We have taken all the stakeholders of all the three divisions on board. There is a consensus among all of us that GST is a threat to our identity.”

By implementing GST they (govt) basically wants to dilute the disputed nature of the state, Khan added.

Pertinently, the state government has convened a special session of assembly on Jun 17 to pave way for the implementation of the GST.