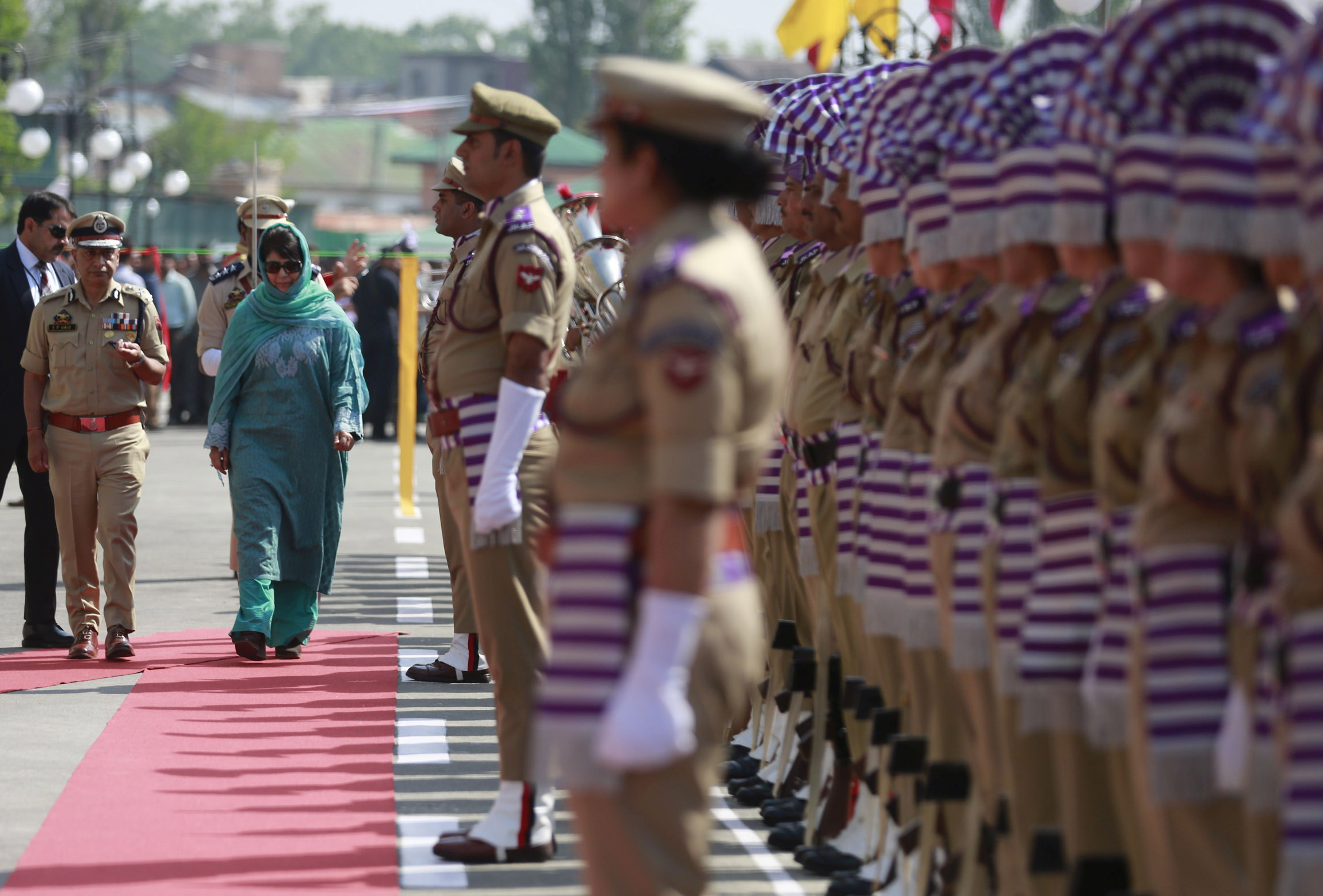 Srinagar: The civil secretariat and its allied offices reopened in Srinagar for the next months. Chief Minister Mehbooba Mufti took the ceremonial salute and the traditional guard of honour in the lawns of civil secretariat.

Speaking to the media briefly, Chief Minister said that there is a problem which existed even before us. “But all problems have a solution,” she said, terming Kashmir as the crown of India. The Chief Minister said that some boys are disillusioned though very intelligent and the government will talk to them. She asked electronic media to avoid debating Kashmir on TV because it impacts Kashmir gravely.

Durbar comprises the offices of the political government and the ceremonial state head, the governor. While 50 departments move fully, other 52 departments move their camps with the bi-annual move. The movement of the durbar is an archaic practice that Dogras’ started somewhere in 1870s with the main objective to avoid harsh Kashmir winters. Off late, the state government pays for boarding and food of the move employees for which purpose almost 100 hotels have been hired.

On the day one of the durbar, various people have decided to have symbolic protests. One of them is independent lawmaker Engineer Rashid. He plans to take out a protest from somewhere in Magarmal Bagh.

Massive security arrangements are in place to ensure the government works normally. There are, as usual, multiple rings of security around the civil secretariat as all the lanes leading to the main road have effective presence of the police. Additional deployments are around the academic spots across the city.

Five Indian states are leading economy to recovery from lockdown

Coronavirus Cases In India Rise To 1.98 Lakh As 8,171 New Infections Reported In 24 Hours