Massive protests in Srinagar after clashes 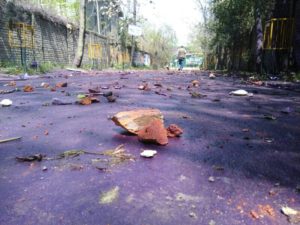 SP Higher secondary school boys in the morning clashed with police, protesting against killing of Sajjad Ahmad Batamaloo and use of force against college students at Pulwama in which 50 students were injured. The students started peaceful protests and were stopped by police to move out and it triggered massive clashes and stone pelting . Report said that police directly fired tear smoke shells towards the students and toward college. Our reporter was told by students that they were holding a peaceful protest and police started using force to disperse them . The road going to SP Higher Secondary school and Sp college could be seen filled with stones after the clashes.

Rifle snatched from Cop in Kulgam